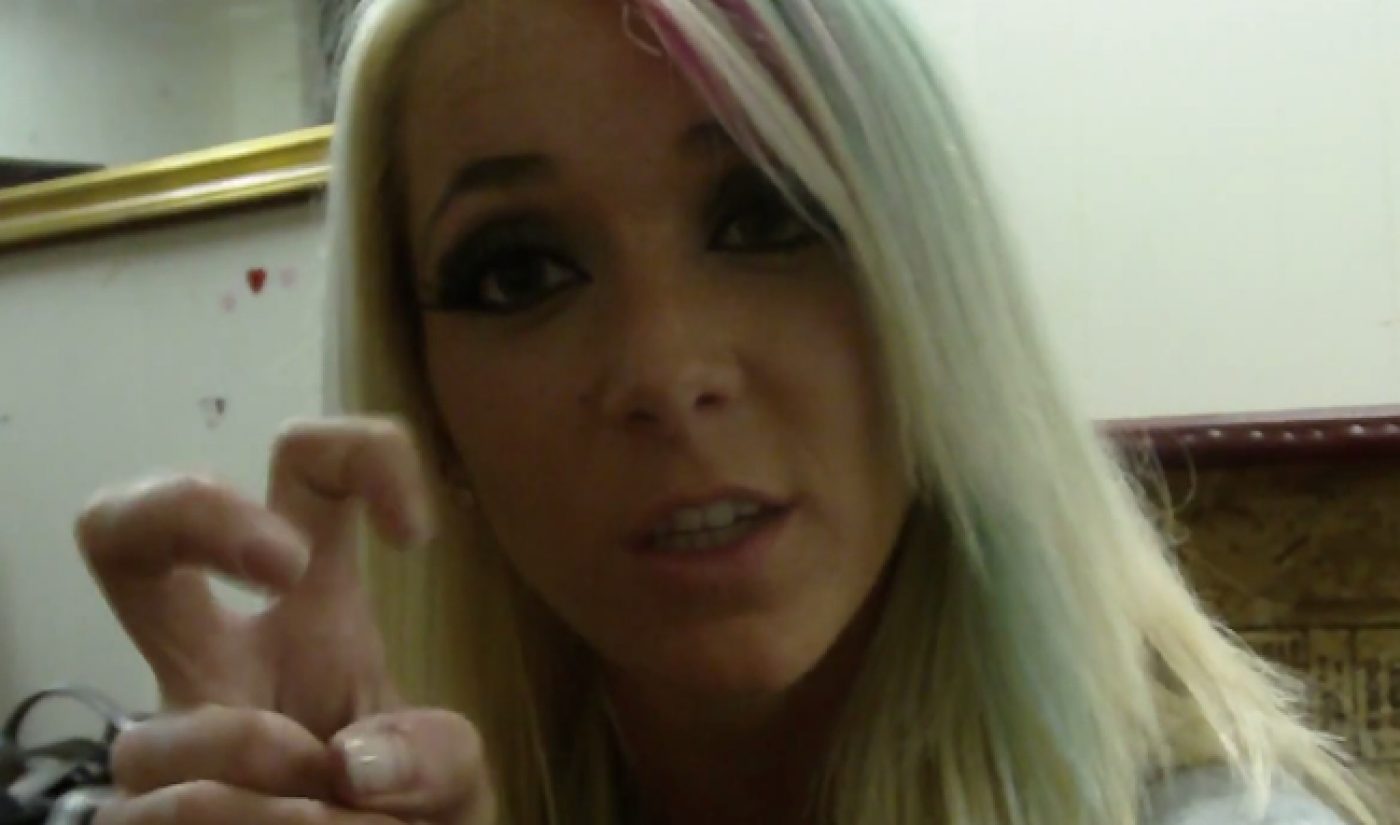 This landed in our inbox the other day: I F—ing hate my roommate part 2, a no-budget video blog created by YouTube-newbie Jenna Mourey (a.k.a. Jenna Marbles) before she went mega.

So how does a vlogger who only joined YouTube in 2010 blow up to nearly 3 million subscribers and get featured in the New York Times and ABC News?  Here’s how.

Jenna Marbles didn’t get to the top of YouTube’s most subscribed-to list because she was boring (we already have C-SPAN for that). She’s passionate, obnoxious, and more opinionated than a hyper-caffeinated 99% protester. The vlogosphere is very crowded, so it’s essential to make your vlog stand out.

Clever, comedic, or attention-grabbing titles are important, but presenting a passionate POV is even more important. When vlogging, do be spontaneous and conversational, but don’t just prattle on about what you had for lunch. You don’t have to write out an entire script, but try to have some bullet points of what you’re going to talk about.

Notice how vlog-stars like Marbles camouflage their long awkward pauses (which are like cyber-suicide) with jump cuts. Look directly at the camera, not off to the side like in cheesy documentaries. You can expect to feel camera shy in the beginning. But remember, practice makes perfect. And yet 99% of us will try it once, get frustrated, and go back to eating Cheetos in our underwear. In this case… be the other 1%!

For some perverse reason, the most viral vids (check out How to trick people into thinking you’re good looking) all have a slightly naughty or twisted feel. Even the supposedly G-rated stuff that blows up is a little off the chain. “Why’s that?” you ask.  Because today’s online video audience is comprised mainly of 18-to-34 years olds (peeps in a temporary state of hormonal derangement).

So, sexy sells. But how sexy is too sexy? And, can you pull a Shane Dawson and still get in bed with the majors? Listen up, tube-stars! If your ultimate goal is to get paid and get in bed with reputable brands, sponsors, TV networks, studios and mainstream distribution channels, you might want to tone down the T & A.

Believe us, there’s lots of cool, twisted, edgy stuff you can get away with without making brands and studios have to get a restraining order against you. What’s the takeaway? You can film a cock—but only if it’s a male rooster. Whipped cream, maybe. Whips, not so much. Lewd comments, sure. Lewd pics… not. Naked truth, DO. Naked people, DON’T! And the only way you can show “Dick Pics” is if you’re shooting a dude named Dick. Got that, Congressman Anthony Weiner?

Just like in TV programming, posting online video content on a regular schedule helps build viewership. It’s simple supply and demand, folks. If viewers know when and where to find you, they’re more likely to tune in. So pick a set day of the week that’s right for your audience—like if you have a series about barhopping, Friday beats Monday (unless it’s sponsored by Alcoholics Anonymous).

Oh, and aim for one video upload per week (one is considered the magic number in video-ville). Jenna Marbles shoots, edits, and posts her clips all on the same day, every Wednesday. Half a billion-hitter Freddie Wong says, “Consistent audience requires consistent content.” We say publishing vids consistently improves your ranking in YouTube’s algorithm, which leads to increased viewership.