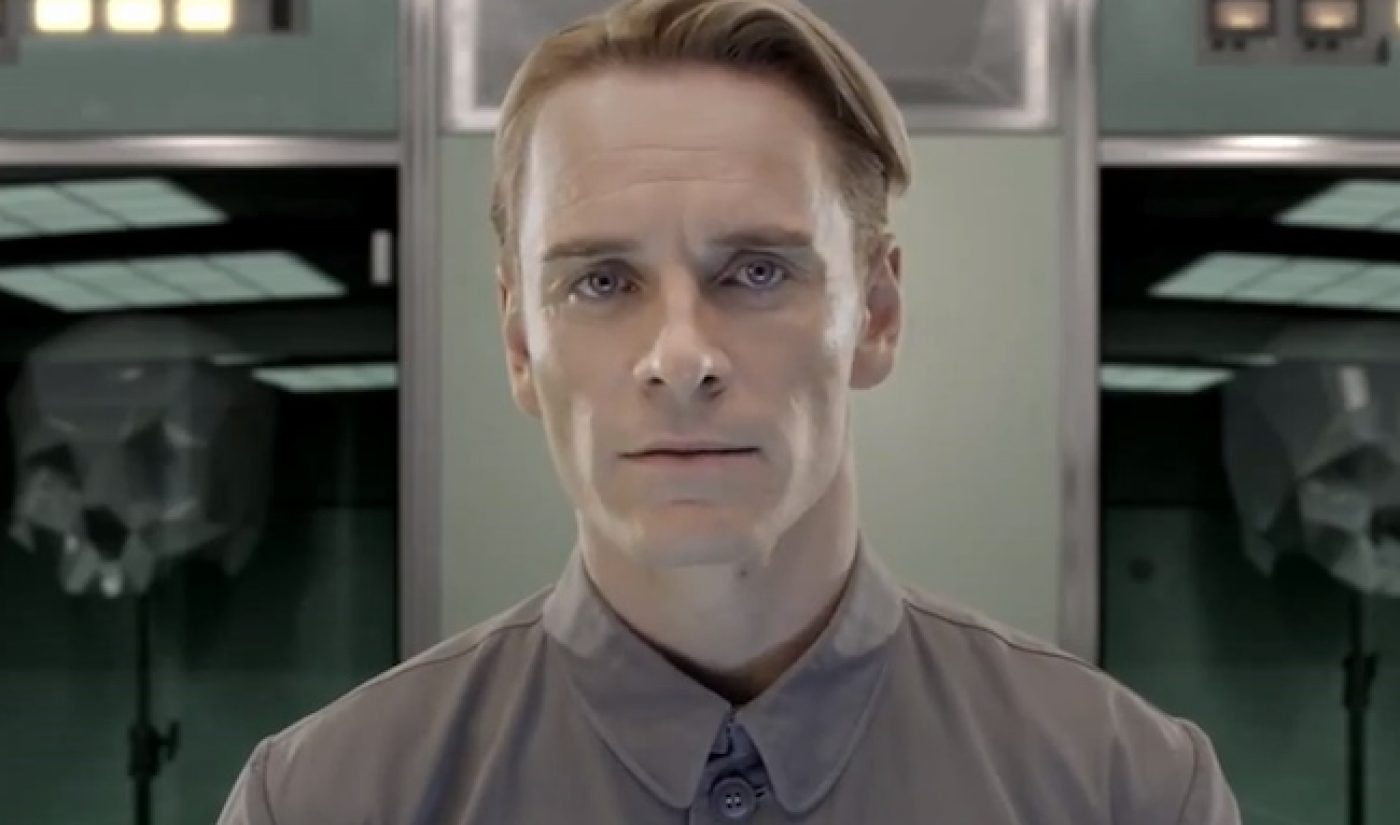 Digital Hollywood, the bi-annual event that covers the intersection of technology and entertainment, kicked off last week with a day full of panels, workshops and special events, including the co-located Variety Entertainment and Technology Summit. I was lucky enough to catch several sessions, including Lost co-Creator and Executive Producer Damon Lindelof’s keynote.

Whether it’s working on projects that spawn multi-platform content or tweeting his way through the universe, Lindelof is one of the most technologically savvy writers working in Hollywood. During the session, he shared his thoughts about working on Ridley Scott’s upcoming film Prometheus (he’s a co-writer of the screenplay, which “officially” may or may not be an Aliens prequel), his fascination with Twitter, and the future of entertainment.

Currently, there are two Prometheus-related videos that have gone viral: Peter Wayland’s 2023 TED Talk and Introducing the David 8: The Next Generation. Often, when studios create digital properties to support their films, it’s simply a marketing exercise, executed without input from the creative team behind the film with the singular goal of generating buzz to draw the masses to the theater on opening weekend. While I’m sure Twentieth Century Fox would like to sell as many tickets as possible to Prometheus, the videos were not just a marketing stunt divorced from the film – Lindelof, Scott and executive producer Michael Ellenberg were actively involved in the generation of the vids.

Lindelof explained that as part of the conversation about whether Prometheus was (or was not) a prequel to Alien, they decided to create some visual pieces that actually used the stars of the movie. The thought was that the audience would be much more interested in what they showed them than in anything they might say about it being a prequel.

He then talked a bit more about the challenges of creating this kind of ancillary content. He said that it has to be cool enough to justify it’s own existence, but innocuous enough that if it doesn’t appear in the movie, it’s not a big deal and audiences are not disappointed. He likened it to knowing the set list ahead of time when going to a concert. It doesn’t ruin the concert if you don’t know the list, but if you do, it deepens the experience for you and gives you some extra street cred amongst die-hard fans of the band.

The conversation then turned to Twitter, of which Lindelof is an avid user. He first signed on to the service to talk about the experience of finishing up Lost. He admitted that he didn’t really understand Twitter at first, but there was a lot of pressure to have a direct conversation with the audience for the show. When the Lost came to a close and there was some controversy surrounding the finale, Twitter ended up being the way he stayed in the conversation while on a much-needed vacation with his family in Italy. Says Lindelof, “It became sort of therapeutic for me to RT the most antagonistic tweets – especially when people posted them in a clever way – and respond. I could show that I heard what people said.”

While engaged in post-show discussion, he offhandedly posted something about an epic match at Wimbledon, and it got picked up by a number of entertainment news outlets. That’s when the he realized that there was a global pop culture movement happening, and Twitter was a way to address it.  As examples, he cited the global wakes that now occur on Twitter when someone famous passes away, such as the recent outpourings for Steve Jobs and Dick Clark.

Of course, there’s a dark side to Twitter as well. Lindelof is not immune to the time suck that Twitter can turn into. He was only half-joking when he said “You have to structure your life around this social media platform a bit. It feels like running in the middle of a marathon and if you stop, you’ll get trampled by everyone running around you…. ultimately, it’s probably a huge waste of time, but I’m trying to justify it as critical to my brand…. there’s an expectation upon filmmakers to have a direct conversation with their audience and that’s what I use it for.”

On the Future of Cinema

When asked about the future of the cinematic and home video experience, Lindelof said that he believes that going to the movies will always be part of our culture, as observing and appreciating content in a communal setting is important. He suggested that the gaming industry might provide some hints to the next iteration of that experience. He believes that a generation raised on gaming will want to be an active participant in the stories they choose to spend time with.

While he didn’t know what form that would take – perhaps instead of changing Titanic into a 3D version, 25 years from now viewers can insert themselves into the film and “become” Jack/Leonardo DiCaprio – he believed the underlying principle of active engagement is one that is worth paying attention to.