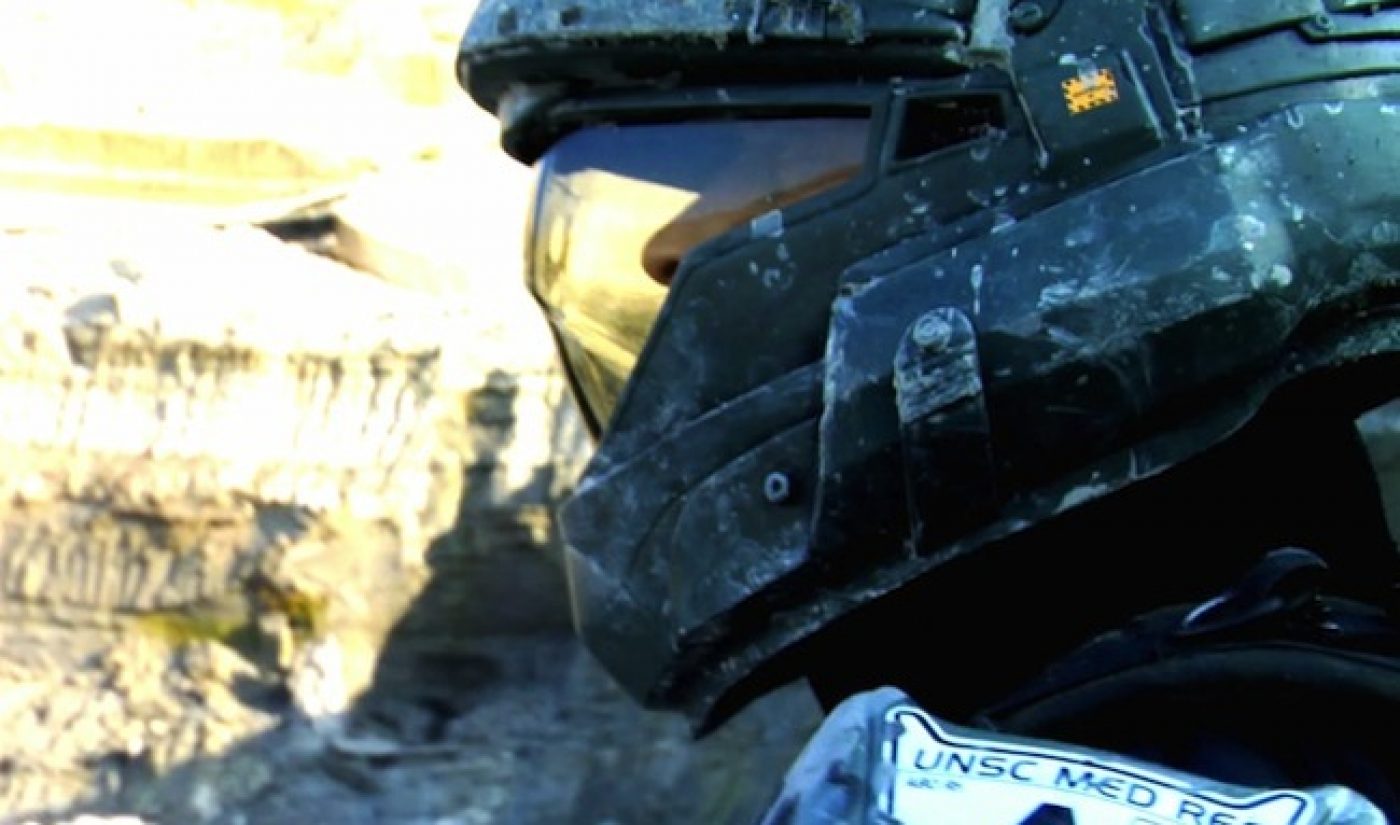 Dan Wang used an Indiegogo campaign along with his bank account, passion for the Halo universe, and Tobias Buckell’s novella Dirt (which, for uninitiated in the audience, is part of Halo: Evolutions, which is a collection of official Halo stories released in print and audiobook forms) as a means by which to create, and inspiration for the live-action Halo web series Helljumper.

The online original is an amazing ode to an uber-popular video game made by a fan for the game’s fans that looks like it was created with a team much larger than Wang with a budget much bigger than somewhere in the low five-figures. The audience seem to agree.

The first two installments of the program racked up a total of over half-a-million views and counting (and if you add in the numbers from the official trailer, you can bump that number up to more than 1.3 million views). Check out the below and it’s easy to see why:

Awesome, right?! I’m guessing Microsoft thought so, too. That’s why the company’s Xbox gaming division is creating its own live-action Halo web series to debut in the weeks leading up to the much anticipated November 6 release of the next title in the Halo video game catalogue, Halo 4.

Marc Graser at Variety reports the web series, dubbed Forward Unto Dawn will play out in five weekly installments of 15 minutes each. They will collectively tell the story of “the game’s Master Chief and how he inspired a young UNSC cadet who will eventually become a leader aboard the UNSC Infinity spacecraft.” The new character “will tie in with the plot of Halo 4, while providing a flashback to the beginning of the Halo franchise’s war between the humans and the evil Covenant.”

Forward Unto Dawn will be distributed exclusively on the Machninma.com network (just like Mortal Kombat: Legacy and other live-action web series iterations of popular video game titles) and the online community Halo Waypoint.

Matt McCloskey, the director of franchise business management at 343 Industries (which is an internal division of Microsoft that functions as a “steward” of the Halo franchise), stressed to Graser the series will be less of a marketing tool and more of a “full standalone product that people will enjoy.” He also noted Forward Unto Dawn is intended to appeal to both hardcore Halo fans and those that have never before played the game.

Microsoft is waiting until San Diego Comic-Con to announce which individuals are attached to the series as producers, directors, cast, and crew. There are many possibilities of who could helm the program, including Helljumper creator Wang, District 9 director Neill Blomkamp, and Snow White and the Huntsman director Rupert Sanders (both of whom have created live-action shorts and/or commercials for Halo in the past).

It’s all very exciting news! So my question is, why didn’t Microsoft announce it at their Digital Content NewFront?