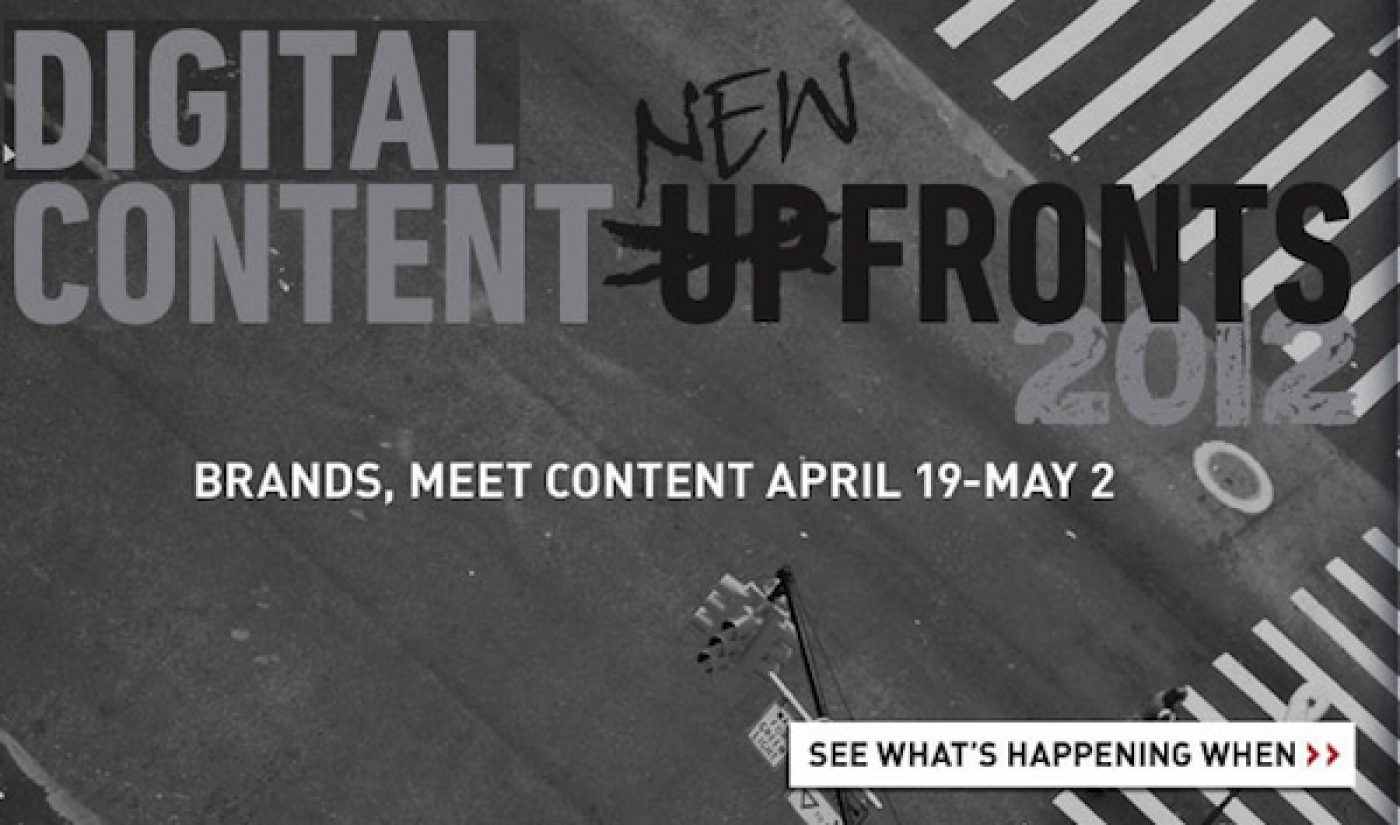 This is an important moment for online video. [Latest DCNF News] In an industry first, Hulu, AOL, Microsoft Advertising, Digitas, Yahoo!, and Google/YouTube have joined forces to chart new territory in media through the Digital Content NewFronts.

Each of these founding partners will host its own event to showcase its digital content during two weeks of collaboration and conversations formatted to give brands the unique opportunity to invest in quality content in advance.

Tubefilter has been following the NewFronts since 2009, and we have a strong feeling that this year is going to be a major one. Online video is going to change in a major way over the next two weeks.