What Happens When You Mix Amateur Boxers With Tequila?

With the launch of Tequila Academy, Portal A Interactive, the creative production outfit behind boxing docu-series White Collar Brawler, is going from punch-drunk to well, drunk. 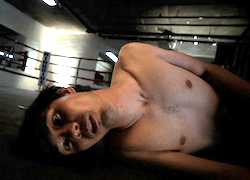 Producers Kai Hasson and Nate Houghteling, responsible for San Francisco-focused viral sensations Don’t Stop Believing, an inspiring homage to the San Francisco Giants, and 2 Legit 2 Quit, a campaign video for San Francisco mayoral candidate Ed Lee, have departed their beloved city for the the Jalisco region in Mexico, the home of Tequila, a fiery spirit that sometimes does leave you feeling punched in the face.

Tequila Academy is an 8-episode travel series for Tres Agaves Tequila that follows the adventures of Hasson and Houghteling as they interact with workers in the field, local priests, regulatory officials, public intellectuals, tequila family barons, local tequila legends in their transformation from novices to tequila experts.

In fact, the show challenges popular misconceptions about tequila as merely a get-drunk-quick party liquor, and focuses on educating people on the heritage, craft, and varieties of 100% agave Tequila.

“The goal with Portal A’s branded work is to make content that people genuinely want to watch and share,” Hasson told Tubefilter. “For us, the best way to do that is to create content that we genuinely enjoy making. Directing a travel series about tequila taking place in Mexico has been an amazing journey and Tres Agaves has been an incredible partner.”

The series was shot over the course of 8 days in Guadalajara and Tequila, Mexico, and dovetails with the launch of Tres Agaves Distillery Tours, a series of hosted trips to some of the most celebrated artisan distilleries (including El Llano, Tres Agaves’ distillery) in the Jalisco region of Mexico.