Here’s a Question: Why Do Content Creators Use VYou? 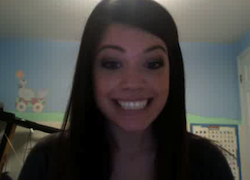 It’s hard to compete with an online video sharing site with a global audience that watches over 88 billion videos in any given month. So, what’s a relatively new video-oriented start-up with a focus on user-generated content to do to find some real estate in which to thrive within an online video landscape dominated by YouTube? Something different.

“VYou fits nicely in the space between conversation and broadcast,” the company’s Creative Director, Rex Sorgatz explained. And by that he means the facilitator, aggregator, and distributor of lo-fi and decidedly unproduced, unmanufactured UGC question-and-answer content rests somewhere in the middle of broadcast platforms (like YouTube, Vimeo, and Blip) and “real-time conversation utilities” (like Skype or Google+ Hangouts).

“We think video is emerging as a conversation tool and we’re building experiences around that notion,” Sorgatz continued. In practice, that means VYou is a place where you and online video and mainstream celebrities can make a video avatar and interact with friends and fans by way of an intuitive and easy-to-use interface based on Q and As and an emphasis on interactivity.

Video conversation experiences include everything from Ze Frank-inspired participatory montages with well known online video personalities, to classic Dear Abbey relationship advice, to song requests, to Deepak Chopra, to rite of passage discussions laden with gravitas, to the ephemeral and whimsical, to everything in between. It’s personalized uber-short-form content that’s nearly as easy to make as it is to watch and habit-forming for both consumers and creators. The latter especially.

Established YouTube personalities with significant followings have started to use VYou as another way to provide content to their growing fan bases.

“I’m on VYou because its a wonderful way for me to interact and answer questions in a format I love…video,” Michell Davis of LiveLavaLive (a YouTube channel with over 685,000 subscribers and growing) told me over e-mail. “It also allows me to show a more real unedited side to myself, where people can find out more about me and quickly and pick and choose which answers they would like to hear,” said AmazingPhil (the individual behind a YouTube channel with nearly 200,000 subs). “I see VYou as a natural extension to my YouTube channel and it’s had a great reaction from my audience so far!” he exclaimed.

A new sleek iteration of VYou.com just launched today, with a slate of new discovery tools, leaderboards, and aesthetic enhancements. If you ever had a question about absolutely anything for one ore more of the thousands of individuals who use the platform, now would be a good time to ask.