Which Brands Are Spending the Most in Online Video? 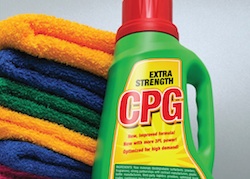 Well, really the question answered here is which category of brands is dominating the online video spending numbers right now. The answer: Consumer Packaged Goods (CPG), according to a new report out from video ad network YuMe (Q1 2011 Video Advertising Metrics Report), which showed CPG brands accounting for 28% of all video ad spending. The report examines video ad data from YuMe’s network only, but still a large enough sample size at over 30 million ad impressions per day.

The CPG industry in North America alone is valued at over $2 trillion—including all those things we consumers pick up regularly like food, beverages, household products and personal care items. Think Procotr & Gamble, Colgate, Unilever, Coca-Cola, Nestle—you get the idea.

And just who are those CPG brands most interested in reaching? The ladies, of course, with Females age 25-54 coming up as the most requested age demographic for the first quarter, accounting for 14% of total the total RFP’s (requests for proposal). The trend line for that demo is up—by a strong 11%—from the same quarter in 2010. Another finding, requests for female demo targeted campaigns are more than double the requests for male demo targeted campaigns. The breakdown:

While the overall ad loads may be getting higher in online video, the length of the pre-rolls have remained relatively steady from last year. What’s interesting however, is that completion rates are going down. And those same females that brands are courting aren’t exactly finishing their videos, according to the report, as the Male audience has a higher video completion rate at 79% vs. 65% for Females. 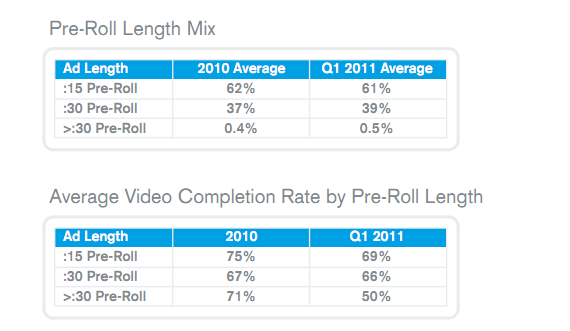 And one final graphic to look at is the heat map of online video ad impressions delivered in the US by state. Not surprising is that the map is basically a mirror image of our own readers here at Tubefilter, with heavier concentrations in California, Texas, New York and Florida. What’s up with Washington State being so low? 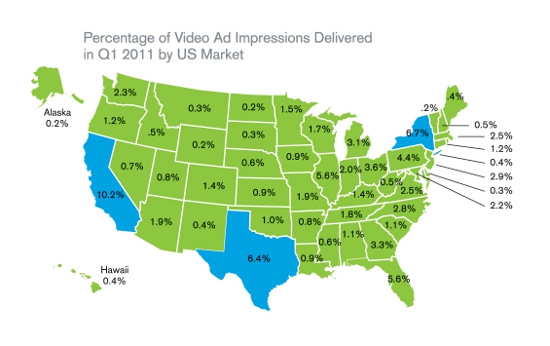