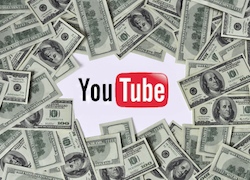 While YouTube was struggling with a way to support and grow the number of YouTube Partners and the quality and viewership of those Partners’ programming, NNN was elevating online video amateurs to the status of professional and, through the process, churning out a not insignificant number of hits. The new media studio’s Next New Creator Program discovered and fostered up and coming YouTube talent, giving them the resources and (more importantly) the knowhow necessary to up their production value and grow their audiences.

The team at NNN (which is comprised of the individuals behind online video hits like Box in a Box, Obama Girl, Indy Mogul, and more) compiled their collective years of online video experience into a kinda classified tome of YouTube tips and tricks. It included best practices for production, how to craft thins like most search engine friendly YouTube descriptions, why cross-promotion and collaboration is so effective, and everything beyond and in between. The tome worked, too. The top two most viewed YouTube videos of 2010 came from Auto-Tune the News and Key of Awesome, both of which were proud recipients of a copy and either taken into or born from Next New Networks initiatives.

So, what exactly is in this 70-some-odd page sorta secret document about all things YouTube? That’s a question only Next New Network creators could answer. Until now.

The team at YouTube Next (which is basically the same team from NNN) officially released the YouTube Creator Playbook to the online video masses. It’s 70 slides of “important tips, best practices, and strategies that helps creators build audiences on YouTube” broken down into three overarching categories, including Programing and Producing, Publishing and Optimization, and Community and Social Media.

Readers are given explicit and precise instructions on how and why to implement a variety of techniques into and about their videos. Time Cost and expected Impact on audience are estimated for each action, making this one of the most well-thought, thorough, and user-friendly tutorials this reporter has seen on anything, let alone YouTube strategy.

If you’re an online video creator who’s serious about becoming one of the few hundred YouTube Partners making yearly revenues in the six figure range, or you just want more people to watch your stuff, stop whatever it is you’re doing now and give this a read.