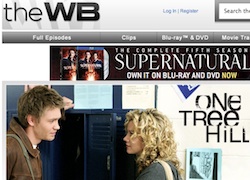 Warner Bros. had high hopes for original web series when it launched its own online network back in 2008. TheWB.com came out with guns blazing, part of a re-launch of the defunct former TV channel TheWB, signing big productions from the likes of McG (Sorority Forever) and Gary Auerbach (Rich Girl, Poor Girl).

Now there are just 10 web original series still available on TheWB.com, and all of them are mid-2010 releases or earlier. The summer 2010 release of a flurry of series like Downer’s Grove and Exposed was thought to be the return to original web series on the network, but turned out to be its final bow.

This week’s email newsletter (below) from the network plugged full episodes of aging (and off-air) TV series like The O.C., One Tree Hill and Friends and movie trailers for the The Hangover Part II: 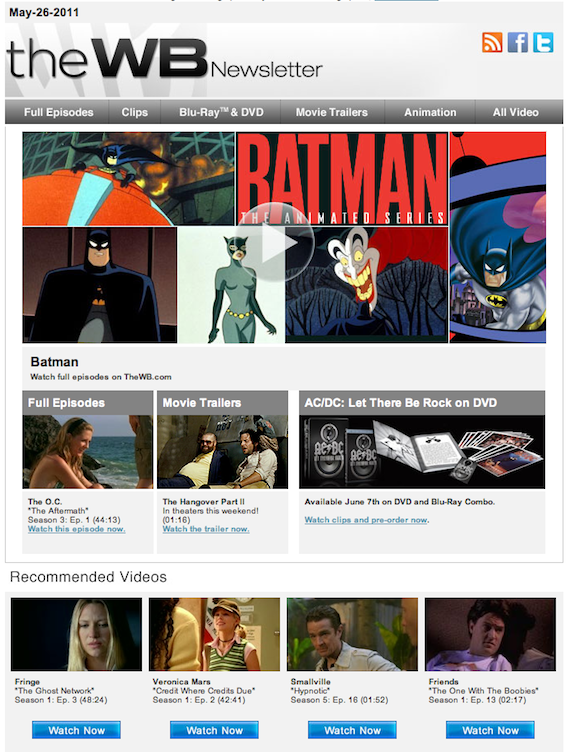 Somewhere along the line, Warner got cold feet about financing originals made for its network as it presumably realized ad revenues and DVD sales weren’t adding up to a profitable business. Better to release known library properties—where production costs were already fully recovered—and which required far fewer marketing dollars to get viewers interested. This realization also hit Sony with its Crackle network, as it regrouped (and pivoted) after mixed attempts at finding a profitable business model in short-form web originals.

We contacted Warner Bros. to find out their plans for more original web series on their three year-old online network, and they were unable to comment. They are however continuing to herald Childrens Hospital, which stands out as the success model for launching a web series on TheWB.com then taking it up to Adult Swim as full blown TV series—it was even renewed by Cartoon Network for more.

And that’s the real puzzler here. With Childrens Hospital, It’s sitting on a case study of success of launching a property as a web series and taking it up the value chain to TV. To be fair, it isn’t every day a web series starring Rob Corddry, Megan Mullally, Lake Bell, Ed Helms and Rob Huebel just fall in your lap. But the model was worth trying again.

For the studio itself, Warner Bros. hasn’t given up on web originals, it’s just not bullish on its own network as a place to release them. Take for example, Kevin Tancharoen’s live action Mortal Kombat: Legacy web series, which opened with a bang on Machinima.com and hasn’t let up.