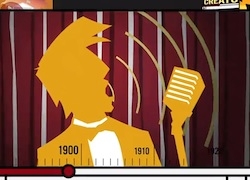 In Early March, YouTube announced two of its latest initiative to foster the development of successful content creators within its own community.

Now comes the point in both initiatives where the greater YouTube community gets to vote on who should advance to the final judging round. If you want to be a good and fair voter and watch all the submissions that made it thus far, you’ve got your work cut out for you.

186 videos are vying for a spot in the class at the YouTube Creator Institute, and 177 videos are contending for the $35K plus benefits from YouTube NextUp. They range from the familiar and well-produced to not so familiar and in need of better production values. If you see any favorites at this stage in the game, be sure to let us know. But what I’m most looking forward to are the final results.

Comparing videos from content creators before their apprenticeships with YouTube to their video products after will be a great judge of if and how YouTube is able to nurture amateur talent internally. Next New Networks – as an independent, relatively nimble startup – was able to develop moderately popular YouTubers into uber popular internet stars. It’ll be interesting to see if they can replicate their success from the inside of Google’s corporate structure.