Last week, YouTube has pushed forward some initiatives to expand itself as a forum for political discourse and communication between officials and the general public. 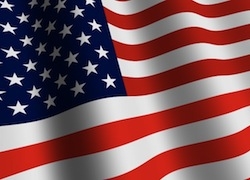 In the interview, produced YouTube World View channel and Al Jazeera English, the Prime Minister shared his thoughts on what should be done in Libya, whether banks in the U.K. should pay increased taxes, and what Britain’s role is in Afghanistan.

On Wednesday, YouTube invited viewers to submit questions to Speaker of the House John Boehner (R-OH), one of the most outspoken opponents of President Obama’s recent budget proposal. The YouTube Blog promised an interview in which Speaker Boehner will “answer top-voted text and video questions about the budget and spending, as well as other hot topics like the economy, jobs, health care and foreign policy.”

The process of narrowing down the questions will undoubtedly make use of the YouTube Moderator tool, frequently seen among interviews with President Obama and President Clinton on the CitizenTube channel.