At CES 2011 on Las Vegas Thursday, four of the top most successful YouTube content creators gathered with Tubefilter’s Marc Hustvedt to share their secrets on how they became superstars and transitioned their hobby into a sustainable business. The lineup: iJustine, Philip DeFranco, MysteryGuitarMan, Freddie Wong and Brandon Laatsch. 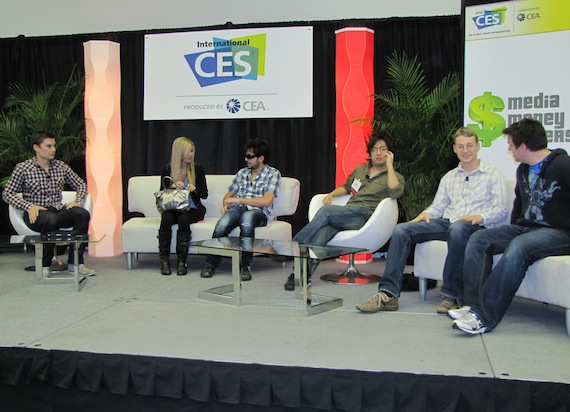 iJustine quit her job 4 years ago before YouTube was ever paying the bills because from her breakout video hit, iphone bill, she saw the possibility of what was to come from building an audience and bringing her life to video. For her the biggest part about creating and growing a successful YouTube channel is knowing your audience, serving their needs and expanding that demographic. She also credits her success with being a lover of social networking. She has diversified outside of YouTube to actively participate in every social network so that her audience always has a way to connect with her, which in turn allows her to expand her audience.

MysteryGuitarMan (Joe Penna) shared that the key to his successes was organizing a schedule and sticking to it. He let his audience know when to expect content so that they would build a loyalty to his channel and come back on days they knew he would be uploading new content.

Freddie Wong agreed with Joe adding that consistency is key and that the commitment is rewarded on both ends. If a user is committed to a schedule the viewers will be committed to the schedule. Once a user breaks it, they will lose the commitment of their audience. When asked about how they build a business model Joe shared that it all depended on how brand friendly a channel is. Users like RayWilliamJohnson and ShaneDawsonTV produce content that is not easily accessible to brands yet as 2nd and 3rd most subscribed on YouTube they have built a business model on merchandise that sells very well.

Phil thinks that this past year is when successful business models started because brands gave up the strict creative control, which in the past they never relinquished. His new contract with state farm insurance is so profitable because they trust him to make videos that won’t damage the brand. Thus he is able to make an entertaining video in his own voice with messaging that is present but not overt. This is different from the brand deals of the past which required videos to be completely noncreative and have the brand messaging and logo front and center automatically alienating the audience and turning them off from not just the brand but the content creator as well. The biggest lesson brands need to learn is YouTube won’t work for them if their model is alienating to creators and their audience. 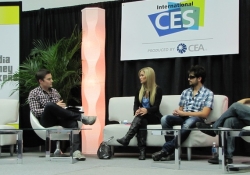 Justine says her audience of mainly tech savvy girls is what attracted Mattel (and Barbie) to partner with Justine in the launch of a new line of the iconic doll. She also said the power of an audience can be determined on their click throughs. Anyone can watch a brand video, but the power in a content creator is if their audience follows through on a call to action.

Brandon shared that the job of the brand is to help make the video more interesting than that of a typical non-branded video. The brand needs to not just invest in the content creator but in the video and enable something cooler to happen than what could be accomplished by the individual content creator.

Freddie believes a lot of people making web series content in and out of Hollywood right now are doing it wrong. He shared that they are doing it in a view based approach which leads to a scamming for views pushing the content out not caring who sees it as long as the number raises in any way possible. He wants to see a content-based approach where the producers listen to the audience. He suggests those wanting to start a web series do some YouTube research to see what is working and figure out what can be made that people would actually want to see. Good content, which is compelling online with always have a place according to Freddie.

Marc took Freddie’s cue and pushed him further, asking just what exactly is ‘good’ content for YouTube. Joe pointed out that of the four panelists they are all so different, yet their unique infectious personalities is what made them successful. They each serve a niche and produce great quality content.

Phil proposed that you have to make a connection with your audience and have a personality that people want to connect with. Joe added that their audiences all view them as friends and not actors or celebrities. He says when you have that large-scale success is there or soon coming for a content creator.

Justine added that what sets YouTube apart from traditional media is that it’s interactive. Making videos and one’s life as interactive as possible will result in a great deal of success.

Marc brought up that many TV industry people has spoken earlier and fiercely defended that television was still powerful and would not concede to YouTube. His final question to the panel was where they say the future of entertainment. Joe believes there is a competition but that TV and YouTube are both powerful and neither are going to die off. Freddie concluded the panel saying that TV and YouTube are different system and that both have their strengths and weaknesses, agreeing with Joe that both are here to stay and entertain.

WATCH THE FULL PANEL below (special thanks to our friends at Stickam for recording the session!): 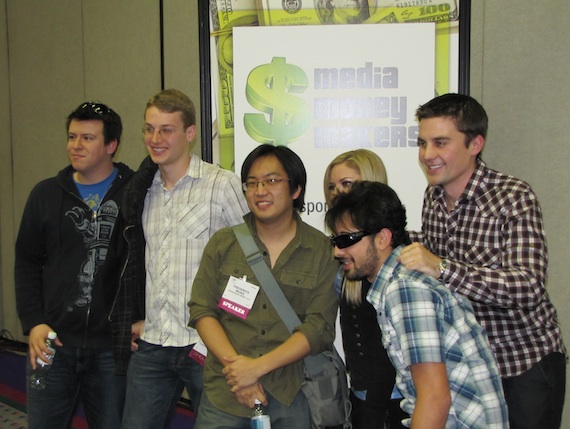