[Editor’s Note: We just can’t get enough of predictions this year, so we broke out the task of sizing up what’s in store for 2011 in web video to two writers, not just one. Here is Tubefilter Editor Marc Hustvedt’s take, enjoy. ]

This time of year the web is littered with countdowns, Top 10’s and predictions, everything from the year’s reality show meltdowns to baby names for 2011. Here at Tubefilter, we admit that we are not above such practices. (This is our second one today.) My rule however is if you’re going to make predictions, get specific and be prepared to suffer the sobriety of hindsight 12 months from now.

So here they are, my three predictions for the online video industry for 2011. Beg to differ? Let me know in the comments below and jump in with your own predictions. We can all dust off this article same time next year: case of beer to the winner.

After five years building itself up as a formidable video ad network, reaching over 100 million monthly views in 2010, blip.tv sets its sites on a massive site overhaul central to which is a new social network of creators and viewers. With an impressive sales team that is now able to pull $10-$15 CPMs for its content partners, all that is missing is a meaningful way to drive viewership the thousands of web shows—via a viewer subscriber system.

It would be a move closer to top dog YouTube, which at its core is a basic, but highly developed social network built around a stable subscriber model that throws some serious views around. When people talk about the Top 100 on YouTube, they aren’t talking views, it’s all about subscribers.

Web show creators could focus on driving not just anonymous views to their blip.tv channels, but sustainable audience members who are pushed the latest videos from their favorites. And, the move could potentially woo some of that-other-site`s top stars over to the much greener pastures of blip’s double-digit CPMs.

2. Revision3 Gets Acquired by CBS Interactive 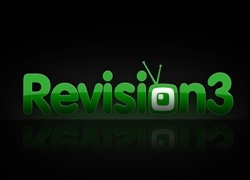 A fun parlor game of 2011 will be to guess who comes in to snatch up tech-centric internet TV network Revision3. The five year-old startup has weathered the first two major contraction storms in the online content studio world and appears to have its sea legs under CEO Jim Louderback now drawing over 17 million monthly views.

Now that CBS Interactive has fully digested the hefty 2008 acquisition of tech hub CNET, it’s likely there’s some interest in expanding its slate of low-cost—but high-value audience—original web shows. Fellow San Francisco native Revision3 has to be right in the middle of CBS’ radar. (A whopping 85% of its audience has 3 or more computers.)

The network already has a wide-reaching distribution footprint with everything from Roku to Boxee, Apple TVs, TiVos and of course an HTML5 player for all those iPads and other non-flash devices. Add to that Rev3’s beefed up sales team that has bagged new sponsors like Ford and GameFly in 2010 to go along with its longtime regulars Netflix and GoDaddy.com, and you have a strong case for a ‘old media’ buyer to swoop for the win.

2011 should see another increase in investment dollars flowing into original web video content, but few of the new outfits will have five years of brand equity and production know-how that Revision3 has built up.

Ok, the writing is basically on the wall on this one, with Hulu finding that original web series released on its network can score big. But while its hits of 2010 were produced out of house—The LXD came from Paramount/Agility and reality standout If I Can Dream was set up at Simon Fuller’s 19 Entertainment—this year will be all about the network taking some upfront risk with funding original content.

Already we’re hearing of a handful of web series creators getting early development dollars out of Hulu to shoot pilots. With much of the network’s premium TV content already clocking in at 22 and 44 minutes, the audience is primed for longer-form web originals in 2011.