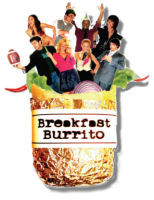 Imagine if the evening news had an affair with a 90’s MTV show. The resulting love child would look a lot like Breakfast Burrito News. The series is a fast-paced news show specifically tailored to the YouTube generation. Each week creators Lauren Mayhew and Cameron Goodman along with a rotating cast of correspondents highlight the most talked about or most peculiar stories of the week. Featuring segments such as the “Bikini News Flash” and Percy Rusty’s “One Minute Movie Review,” Breakfast Burrito covers items of interest at a frenetic pace with an irreverent twist.

Lauren Mayhew, a recent UCLA graduate and former Congressional intern, conceived the series while sitting in class. “I realized that all of the kids (18-25 year olds mostly) got their news and entertainment so segmented… There was nothing that provided them with a comprehensive ‘one stop shop’… so the fast paced, fun, sexy, and informative BB was born!” The vivacious Mayhew, who is no stranger to web series fans having starred in 2008’s Private High School Musical, approached fellow actress Cameron Goodman, a Georgetown graduate, about collaborating on the project.

Part of the series’ signature style is the rotating collection of feature segments, which cover a wide range of topics. Past episodes have encompassed diverse topics including sports, celebrity gossip, politics, and global affairs each presented with its own unique flair. The most recent episode features a gadget review segment hosted by the multi-talented Taryn Southern. Future episodes will continue the trend with segments featuring Days of Our Lives’ star Mark Hapka and Vienna Girardi from the reality show The Bachelor. 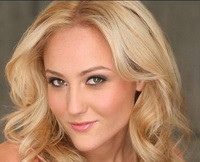 Lauren Mayhew is clearly excited about the project and envisions a bright future for the series. She hopes to expand the format with a possibility toward moving to a half-hour television format; although, she emphasizes that the show will always have a web component. Furthermore, like most web series they are actively seeking sponsors who are interested in showcasing the latest in technology, clothing, or jewelry.

Lastly, while the show does have a set process for selecting its stories, they do welcome fan input, so if there is a story you would like to see featured on Breakfast Burrito News, send them a tweet or post a comment on one of the episodes. So far three episodes have dropped with new ones scheduled for release every Friday.