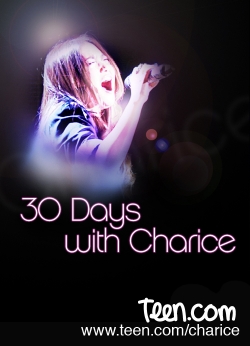 Teen.com, Alloy’s popular entertainment website focused on pop culture interests of youth consumers, is focusing on celebrity culture to lure and engage its teen audience. “The new Teen.com is celebrity and pop culture content energized, with daily editorial and video features feeding our audience’s immediate cravings for what’s happening in the world of music, style, and celebrity and puts teens directly into the conversations—and even closer to their favorite personalities,” commented Craig Bland, VP, Editorial and Programming for Alloy Digital.

Among the new slate of Teen.com original web series:

30 Days With Charice, an exclusive reality web series with pop sensation and Glee guest star Charice. The series allows fans a rare up close and personal look at the day to day life of the international pop phenomenon as she crisscrosses the world during her recent promotional tour for her debut album.

My Day My Life, a reality web series that literally puts the camera into the hands of celebrities and invites fans along to experience a day in their life. Guests include American Idol’s David Archuleta, Melissa and Joey’s Taylor Sprietler, and music group The Ready Set.

Pop Goes The Old People!, a comedy web series in which the elderly offer their perspective on today’s pop culture headlines.

Fan Flip Out, which turns the spotlight on celebrities’ most avid teen fans

In The Shadows, a comedic exposé on celebrity siblings

Avery Singer, the 15-year old daughter of Ramona Singer from The Real Housewives of New York, has been tapped as Teen.com’s special entertainment correspondent and will be canvassing red carpets for a new series covering the celebrity and style beat.