Daisy Whitney is a ubiquitous personality on the new media news circuit.

She’s covered the online video beat for years for online and print publications, including TV Week, Beet.TV, MediaPost, and The Hollywood Reporter. She helps iMedia, ad:tech, and other organizations produce conferences and events centered around the ever-evolving new media landscape. Her online newscast, New Media Minute (presented partnership with NATPE) is a must watch for industry professionals and those new to the business. 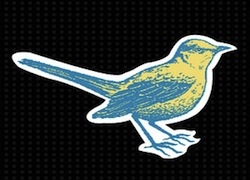 So, how does a veteran new media reporter promote the release of her first book? With new media.

I recently caught up with Whitney and asked her what role online video’s played in The Mockingbirds‘ debut.

Tubefilter: Did you always know there would be some type of online video associated with the release of The Mockingbirds?
Daisy Whitney: Because I’m in the video business it was important to me to walk the walk and develop videos in support of the book. I told Little Brown (Editor’s Note: That’s the same publishing house behind the Twilight series.) I wanted to do this and the house was very supportive. I wanted to create the videos on my own though since that’s the world I live in during the day!

TF: So you made them yourself?
DW: I worked with my husband who is a videographer and we developed The Mockingbirds Diaries – a video blog style series that’s told from the point of view of one of the characters in the novel.

TF: Where can we watch them?
DW: I’ve been releasing those on YouTube, the book’s Facebook page, my own site. Little Brown has also been promoting my Facebook page for the book in its ads.

TF: What other videos did you make to market the book?
DW: I created a video for Amazon in which I discuss the To Kill a Mockingbird connection to my book. That appears on my author page on Amazon. Finally, Little Brown wanted to create a book trailer, and since I know so many video producers and a few had reached out, I connected Little Brown with a producer named Capillya Uptergrove. She created the terrific trailer for the book that appears on the book’s Amazon page, as well as Little Brown’s Web site, YouTube and the book’s Facebook page.

TF: What’s the response been like? Have the videos helped?
DW: So far the videos have received great feedback and have been shared quite a bit across Facebook, so I think they are helping to generate some early buzz among fans!

Pick up a copy of The Mockingbirds today on Amazon and keep up with all things Daisy Whitney at DaisyWhitney.com.