(Author’s note: In this article, I get to use one of my favorite theories: The Sergeant Schulz Theory. Read on.) 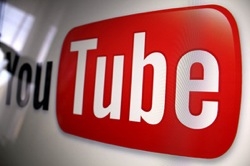 By now you probably know that Google won the most recent round of its legal battle with Viacom (which initially sued YouTube, now owned by Google). A federal district court judge in New York issued a summary judgment that dismisses the $1 billion claim of infringement against postings on YouTube that were, in the opinion of Viacom, infringing on their copyrights. It’s an opinion worth reading. If you are a legal wonk, then you will appreciate the succinct manner in which Judge Stanton weaves together the holdings of previous DMCA cases. (I’ll post another article for legal wonks but here’s a hint: The Coase Theorem.)

The judge bought the argument that Google made—namely, that it was protected under the “Safe Harbor” provisions of the Digital Millennium Copyright Act from the copyright infringement claims made by Viacom. More important, Judge Stanton said that YouTube’s actions demonstrated that the “takedown” provisions in the DMCA actually worked. (Those provisions enable copyright holder to require that copyrighted material to be removed from public view.)

There are some unintended consequences (the Sergeant Schulz Theory) that may arise from this opinion, but they are likely to be acceptable for the time being.

It is not over yet. Viacom has vowed to appeal the decision.

The burden of policing copyright infringement now squarely sits on the shoulders of the
copyright owner (or the one with the rights).

With a little more detail:

1. Companies like Google Have a Safe Harbor. Companies that post digital content can rely on the “Safe Harbor” provisions of the DMCA when that content is posted, provided that they are serious about taking down content that may be infringing (more on that point below). This holding is important because there was some confusion as to whether or not a company like Google was actually permitted entry to that harbor.

One view of the DMCA provisions holds that it applies almost exclusively to ISPs, but this view now appears to carry little weight in the federal courts. Getting there was not without some abstruse legal reasoning to adapt the language of a statute written before places like YouTube existed, but it is probably solidly established by the various legal opinions on this point.

But be careful: It is not clear what sites would have this protection. Google made the (winning) argument that, in essence, it was just providing transmission, storage and indexing of the content—sort of like an ISP. Another UGC site might not be so lucky. For sites that aggregate content from other sources, this opinion may incrementally strengthen their position, but they would have to fight holdings going the other way in other courts.

2. The Safe Harbor Has Some Rules. Judge Stanton emphasize that the takedown procedures worked in this case. YouTube immediately responded to Viacom’s takedown notice: Within 24 hours of receiving the notice, YouTube removed almost all of the more
than 100,000 clips that Viacom claimed were infringing. So the implication is clear for companies posting digital content: The Safe Harbor is available if and only if your takedown procedure actually works.

3. Red Flags and Knowledge. The opinion also turned on the “red flags” of infringement that would be enough for YouTube to take down allegedly infringing content. It gets complicated but Judge Stanton accepted (and essentially paraphrased) Google’s argument in its court filings that there was no practical way to check every posting for infringement. The opinion essentially holds that a company in the position of Google’s YouTube basically has to have notice or actual knowledge of infringement of specific content. Although the judge did not say it, the standard for actual knowledge would be, say, that Eric Schmidt (CEO of Google) went to the YouTube site and watched Iron Man the day after it was released.

So the rule is: If you receive a takedown notice about specific content or if you have a really, really good reason to believe that it is infringing, then take it down. Immediately. Then you’ll be OK. (True, taking something down can cause other problems but that’s outside of the scope of this article.) 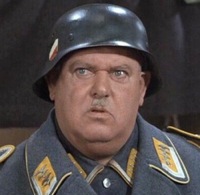 4. Unintended Consequences: The Sergeant Schulz Theory. Remember Sergeant Schulz on the TV show, Hogan’s Heroes? He knew nuzzeen, he saw nuzzeen and that way he did not get in trouble with his superior. Think about it for a moment: If the opinion says that if you don’t know about the infringement then you don’t have liability. Therefore, if you don’t try to find out if something is infringing, then you’ll be OK. By definition, you see nuzzeen if you don’t look too hard. And so you won’t.

5. For Copyright Owners: Spend All Your Time Scouring the ‘Net. The implication of the opinion is that copyright owners (or the rightsholders) must now police the use of their copyrights. Their first remedy for companies sitting in the position of
Google’s YouTube is the “takedown” procedure specified in the DMCA. It’s a clunky system, to be sure, but it is pretty much all you have. Morevoer, other recent opinions are now shifting the burden of policing the use of IP rights to those who hold such rights. There is some hope. First, as noted above, it is not clear that all sites can avail themselves of the Safe Harbor provisions. For example, one could argue that Facebook would not qualify (a tall order). However, the burden of proof now probably rests with the plaintiff and judges now have a well-reasoned (though not necessarily correct) opinion on which to rely.

Second, the holding now opens up opportunities for companies (say, startups) to create Internet policing services. Whether they are automated (think “watermark”), manual (think outsourcing to foreign countries) or a combination, there is now a market opportunity. There are already several such services out there. They aren’t foolproof but they are good.

To close, the decision is not exactly binding on anyone except those within the district of the New York court. Plus, Viacom’s vow of an appeal makes the permanence of the holding somewhat uncertain. Both of these points are largely legalistic, because the opinion, as it now stands, will be used as an important bulwark of any argument in court by a defendant to a claim of infringement. The bottom line: Assume is applies.

And come back for more of James’ Ask the Attorney column here on Tubefilter News. Submit your questions for James here.