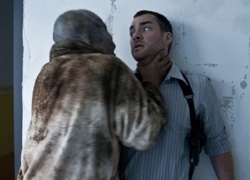 The announcement of a new web series often generates a great deal of excitement. From the die-hard fan looking for a new obsession to the casual viewer hoping for a few minutes of entertainment, the launch of a new web series brings hope and promise to its viewers. However, what happens to that prerelease excitement when there is a failure to launch? Today we want to look at some of the ramifications of missing one’s launch window, as well as update the progress of a few of the web series that you have not missed.

Very few web series receive any prerelease attention; those that do cannot afford to waste it. Last week, we discussed the various steps that a series can take to create the all important buzz. However, perhaps the most important step that a creator can take is to actual release the series in time to capitalize on the hype. When asked about the importance of launching on time, Compulsions creator, Bernie Su stated, “When you have pre-launch buzz, the press/public has bought into your hype.” He continues, “If you squander it, you’ve lost the opportunity to hook in that initial group of devoted fans. Once that chance is gone, it becomes so much harder to bring them back.” Audiences have long memories, promising something and not delivering it is a guaranteed way to alienate one’s potential fanbase.

Originally scheduled for release last October, the horror web series, Camera Obscura has yet to debut. The series received a great deal of attention including being featured in the Halloween episode of The Web.Files. However, eight months later, there is still no set release date. In fact, back in November, Tubefilter’s Marc Hustvedt wrote an article about Camera Obscura’s prerelease buzz and subsequent failure to launch. As he points out, “you can’t bait and switch would-be fans like that.… [T]his kind of misstep may have squandered the show’s early buzz and chance to break through.” Recently I asked series creator Drew Daywalt for an update on the series and he stated that the series was scheduled to come out this year sometime and as soon as the studio would let him, he would announce a release date. I guess even web series are not immune to studio politics.

The Cabonauts similarly received a great deal of prerelease attention last year including a feature on The Web.Files and numerous write-ups on various sites. Yet despite all of the attention, the show’s producers never released the series. When asked about the show’s release, Hayden Black, the show’s creator and star, stated that the series is currently seeking a financing deal and that there is no current release date scheduled. However, he did mention that he has begun preproduction on a half-hour version of his flagship series, Goodnight Burbank, release date unknown. While Daywalt and Black might seem evasive, neither can hold a candle to Chris McCaleb when asked about the third season of Prom Queen that Michael Eisner alluded to in a 2008 New York Times piece. Although one can hardly blame them, it is better to be vague then to make unrealistic promises. 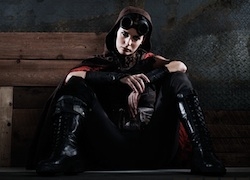 Unlike the previous series, Riese actually released six of its ten produced episodes, before pulling the show offline while seeking a distribution deal. At the time of the announcement, the fanbase was largely understanding and supportive; however what effect scuttling the series mid-release will have on its future remains to be seen. Recently, the producers announced that they had signed a deal with SiFy to distribute the show and possibly turn it into a full-length television series. Hopefully, when the show returns it will not suddenly revolve around ghost-hunting, gigantic versions of everyday animals, or professional wrestlers.

Also, worth mentioning are the dance-themed web series The LXD and the retro-futuristic The Mercury Men, two series that have been gestating for a long time with no release in sight. The latest word is that The LXD might be released this summer, while The Mercury Men’s last update stated that the series is still seeking a distribution deal; however, it should be noted that the series is at least completed.

Lastly, no piece on web series vaporware is complete without mentioning The Resistance Series. It’s first trailer appeared on YouTube in December 2007, subsequently followed by a series of stylish trailers, which each drew a respectable number of views. In the most recent update, which is nearly a year old, the producers state that the show is finished and has been picked up by Starz Media. Whether or not it will ever be released remain unknown, but at least we will always have the trailers.

Delays are inevitable, something which by-and-large fans accept. Nevertheless, in some ways constant delays, and changed release dates are like the boy who cried wolf, eventually people will stop paying attention, and if the audience looses interest before a series begins, chances are they will have little interest in watching when it does eventually debut.