Back in August of 2008, when we covered the launch of TheWB.com along with their impressive list of their upcoming web originals, it seemed like WB was going to be a major force in web series. After starting with a strong push behind series like Sorority Forever and Rich Girl, Poor Girl, the teen network cooled on web originals, opting instead for reruns of TV shows like The O.C. and Gilmore Girls. Several of the original 2008 slate of web shows stayed on the shelf despite being largely anticipated, including the animated Chadam and the McG-backed Exposed. Two years later, these two still have yet to hit the web.

That all changes today, as TheWB.com releases their slate of summer programming. And in a unique move, they are not only launching four shows, but also releasing half the episodes of each of the shows in one huge chunk. Says Blake Calhoun, creator of the upcoming Exposed: “I think they’re trying a unique approach in releasing all their new Originals at the same time and in large episode quantities. Hopefully all the brand new and varied content being put online in one big push will create buzz that drives viewers to the site, and ultimately help build an audience for our shows. I’m looking forward to seeing how it all plays out.” 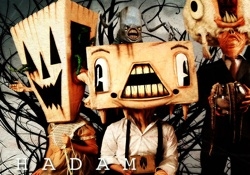 Executive produced by Jace Hall (V, The Jace Hall Show) and originally created by cutting-edge artist Alex Pardee for the band The Used, Chadam, this action-horror-adventure story follows the title character as he learns to harness the power of his imagination to save his friends and fellow residents of Cardboard City from the maniacal serial killer, Viceroy. The 3D animation for the series was done on the Unreal Engine 3, the same gaming engine used in popular videogame titles such as Gears of War and BioShock for the Xbox, Playstation 3 and PC platforms. 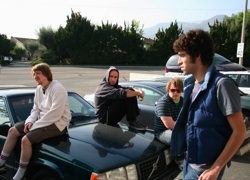 Downer’s Grove follows four 20-something friends who never left their hometown while everyone else around them graduated and went away to college. They prowl the suburb streets causing trouble and looking for the next party. Created by Justin Becker, Michael Blaiklock, David Horwitz and Elisha Yaffe, the show comes from Sorry, Dad Productions and Mr. Nice, in association with Studio 2.0.

High Drama 2: Against All Oz 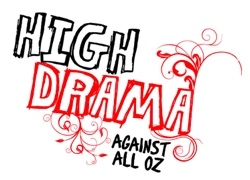 With no scripts, just real characters, High Drama 2: Against All Oz follows The Freedom High School Theater Company’s production of The Wizard of Oz from the backstabbing of the auditions process, to the drama of rehearsals, to the stress of a sold-out opening night show. From Bombo Sports & Entertainment in association with Studio 2.0, the show is executive produced by Bombo’s Steven Bram, Paul Doyle, Jr. and Bob Potter, and Studio 2.0’s Rich Rosenthal. 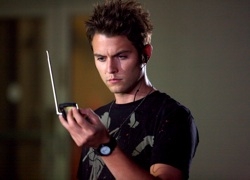 Executive produced by McG and co-executive produced by Blake Calhoun (Pink, Continuum and Mike Maden, Exposed follows handsome, brooding Ivy League pre-med student Henry Dye as he begins to receive a series of cryptic, untraceable cell phone texts ordering him to carry out increasingly dangerous tasks. If he doesn’t comply, his shocking past and true identity will be revealed.

All four shows will release half their seasons content today on each of their respective WB.com sites, with the following half of their content being released next week on June 22nd.