‘Miss Behave’ Is Coming, Created For Teens, By Teens 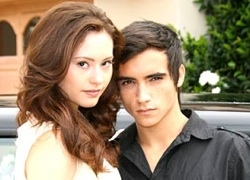 The teen drama has a rich and varied history in the web series world (anyone heard of lonlygirl15?) so it’s no surprise that the genre has been taped over and over again. The demographic is internet savvy, has a great number of hours of free time (when they aren’t doing homework of course, which in and of itself often requires internet research), and have a great need to be social, which the openness and accessibility of the internet taps into nicely.

But it isn’t often that these web series (or social shows, to borrow a term from EQAL, who created wildly successful teen dramas lonelygirl15 and KateModern) are influenced heavily by having actual teens involved in their development. Sure, we’ve all been (or will be, for our pre-teen readers) teenagers, but most of us block that part out of our lives once we reach our twenties. There is something inherently unknowable about being a teenager unless you are in the middle of it and all it’s awkwardness, emotions, and just downright uncomfortableness.

The upcoming series Miss Behave strives to take the teen drama and inject it with not only a star-studded cast (most of the cast members are soap opera veterans) but by having an actual teenager a part of its creative team. Jillian Clare is an establish actress best known for her award winning performance as pre-teen Abby Deveraux on NBC’s Days of Our Lives, as well as a recording artist, philanthropist, and co-executive producer of Miss Behave. She is also 17 years old.

Tubefilter had a chance to catch up with Clare on her experiences being a first-time New Media producer, how her age was an asset to the project, and her advice to other young creators looking for an outlet.

Tubefilter: What was the inspiration for creating Miss Behave? Did your background influence you?

Jillian Clare: I think the writer really wanted to convey the truth about teenagers and the pressures around them. It’s nice to be on a web series because we don’t really have boundaries. Obviously there is a line that you don’t want to cross, but I think you can be a lot more real with the characters and what happens to them. In Miss Behave, everything you see one of the characters do is something that teenagers I’ve known have done. I’m really happy that we were able to stick to the truth about teenagers.

Tubefilter: How has it been working in the web series space? What do you find unique or challenging about it?

JC: Working on a web series had been amazing. We had a small crew and a cast of about 12 so we all became a tight knit family. Web series are a lot of fun to work on because you have more creative flexibility; there are no studios telling us we can’t do something.

Tubefilter: Do you think you age has been an asset in having a direct connection with the material? How has the experience been for you in regards to being such a young creator in this field?

JC: My age has definitely been an asset with this material. A lot of the times, they hire 20 somethings to play teenagers and then all the teenage actors play younger as well. So it’s been really fun to actually play my age in something. I think it was easier to connect to the character too because I know exactly how I would feel at each moment. This experience has been incredible! Like I said, it’s so much fun to have that creative input on something, and as we are setting up pre-production for 2nd season (back to filming in August) I’m working closely with the writer on what is sure to be even a better story than 1st season!

Tubefilter: What words of advice would you give young creators out there wanting to make their own series?

JC: I’d say to go for it. Don’t sit and wait for something to come to you. Sometimes, and especially in this business, you have to create your own success.

Tubefilter: You wear so many hats on this series: creator, producer, actor…what aspect of production is your favorite? Which is your least favorite?

JC: Actually, it’s not so much creator (just creative input), as producer, actor, and even wardrobe stylist. My passion will always be acting. I’ve been doing it for so long that I don’t really know life without it. I can’t even imagine never being able to act again. As far as least favorite goes, I don’t think I have a least favorite. I love the whole process. It’s amazing to see something from start to finish.

Tubefilter: Any fun on set stories you want to share?

JC: Well, seeing as my two best friends on the show Dylan and Danielle (played by Brett DelBuono and Jenna Stone) are my best friends in real life, filming was a blast. There are so many inside jokes. One weekend we all stayed at the mansion we were filming at. It has a huge guest house so we were all able to stay there. There is this one room that has a loft on top of it that actually leads to the room next door. Well, one morning I forgot to set my alarm so Jenna tried to open my door to wake me up but I guess it was jammed. So she went back to her room, climbed the stairs to the loft, then screamed “Jillian Clare it’s 7 am and your call time is in an hour! Wake up!” Then she looked over and saw our sound guy was sleeping in the loft and whispered to him, “Sorry Jordan.” There were a lot of funny things that happened on set, but that one everyone always quotes and talks about.

Tubefilter: Any future projects you’d like to tell the Tubefilter audience about?

JC: I’m actually going to be on the Nickelodeon show Victorious latter this summer. I’m in the last two episodes of the season! It was a ton of fun to film, and I can’t wait to see those episodes! I’m also starring in a short film about to make the festival circuit called Spitting Image. I play an emo-girl, which was a blast!

Miss Behave will premiere on June 24th on KoldCast TV with a premiere and launch party happening at Cinespace in Los Angeles the evening before.