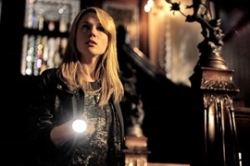 In its continued support of Electric Farm’s mysterious university romp Valemont, MTV will be airing an hour long “Extended Edition” of the ½ hour special they featured on the network several weeks ago this Saturday night as part of their Thanksgiving marathon programming. The new cut will catch viewers up to around episode 20 in the storyline and is designed to expose the show to a wider audience in a push to convince viewers to watch the final 15 episodes (plus two alternative endings), which are only available online.

Electric Farm Entertainment’s Brent Friedman took the announcement of Saturday’s television event as an opportunity to reach out to the community that has grown around the show at the forum that they created. “This forum is a great source of pride for myself and everyone involved in Valemont,” wrote Friedman. “It’s a testament not only to our show, but also to your collective imagination and dedication. You have taken the term “interactivity” further than we ever thought possible. And when I say “our” show, I mean all of ours—the creators and the community.”

Friedman went on to explain the benefits of a high level of click-thru from the special to views of the final 15 episodes online. One possibility being Valemont moving to a more traditional television program. Said Friedman: “I’ve seen webseries (and the accompanying interactive experiences) as a great way to incubate an intellectual property with the potential for it to be grown up the Hollywood food chain. That was always the intent with Valemont — to, in success, turn it into a TV series. And possibly more extensions of the narrative.”

But would the transition to television effect the ARG components of the show, which has really made this series stand apart as a truly unique transmedia experience? Friedman assures us it only means bigger and better things for the interactivity of the show. “Our plans for the ARG and interactive components for a Valemont TV series are exponentially greater than we were able to achieve with the web series,” said Friedman. “With a bigger budget and larger audience, I believe we can make Valemont a “virtual university,” offering a simulated college experience for our fans. Without giving too much away, the idea would be to do something groundbreaking in terms of an interactive experience.”