So This Is What Actors Go Through, Casting 'Workshop' Premieres 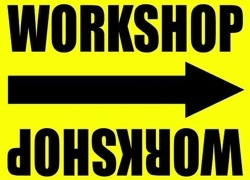 Web TV offers up a lot of content specifically geared toward adults. But what if one wants to just sit down with their four-year-old and click on something that doesn’t require parental censorship? If there is one area where web TV falters (or succeeds, some might say), it is that it lacks clean material for language-conscious parents who don’t want their children watching web shows loaded with expletives or sexual innuendo.

Workshop, a mockumentary-slash-situational comedy about six actors and their efforts to make it big time, wants that audience and more. Nate Golon, co-creator and producer of Workshop, said much of the show’s first season will poke fun at casting workshops.

“The first five episodes focus more on the characters getting to know each other… through these workshops and then six through 13 are about the day-to-day lives of these actors.”

Golon said he wants the show to be accessible to everyone, at least for the first season.
“No one even kisses in the first season,” said Golon. “The reason I wanted it so clean, is I want to see what the audience is and who watches it. I don’t want to turn off an audience because of profanity or anything like that.”

Ironically, the show stars a couple of actors with experience in soap operas, a genre known for its outrageously adult themes. One of those actors, Phillip Jeanmarie, played a hermaphrodite as a series regular on Passions. The show also stars Leanne Wilson, one of FHM’s sexiest women who had a role on Casualty, an ER-like drama that airs in the U.K.

Golon, who stars in Workshop, came up with the idea for the series with Kimberly Legg who also helped produce the show. “I basically cast myself, as myself, as an actor,” said Golon.

Workshop premieres today, August 10th, and should be available on all the major web video channels, said Golon. The first season will run for 13 episodes, one per week, and each episode will hover around 10 minutes.