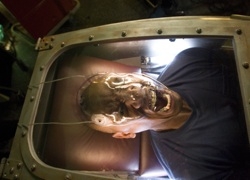 FEARNet has brought together a heavy-weight who’s who in the horror world to bring you Fear Clinic starring Robert Englund (Freddy Kruger) and Kane Hodder aka Jason in Friday the 13th. Rounding out the horrific trio is heroine Danielle Harris known for her running and screaming role in Rob Zombie’s Halloween.

The 5-part web series debuting in October features Englund as a maniacal doctor with some extreme cures for those plagued by phobias. The series sounds pretty scare-tastic, and getting a good look at two of Hollywood’s most legendary tormentors in their later years sans scary hats and fingers is also refreshing. 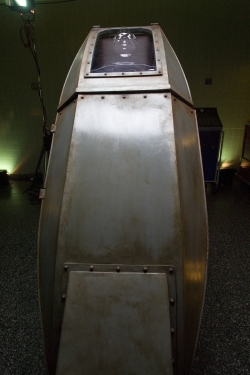 A good horror show that preys on realistic phobias grounding itself in reality is rare these days, instead of relying soley on blood and pretty women, but it sounds like Fear Clinic might even have both. But really, who can genuinely resist any chance to pit Freddy against Jason? That said, evil-sounding Englund will use extreme methods to cure those who fear just about everything (water, the dark, insects, small spaces). Based on some exclusive pictures, Englund’s character will not be taking his therapeutic job lightly.

The show is being helmed by Chang Tseng and Bobbi Sue Luther of Dry County Films, and after it’s FearNet run will be available on DVD. Stay tuned for the upcoming launch, but in the meantime, enjoy the above homage to the one and only Freddy Kruger. If you happen to be at Comic Con on Friday, July 24th you’ll be able to catch the cast for an autograph signing along with a special sneak peek of the show from 3:00 to 4:00 pm at the Sony Pictures Booth. Catch the showing at 6:30 pm in room 5AB.