The Real Threat To Web Video 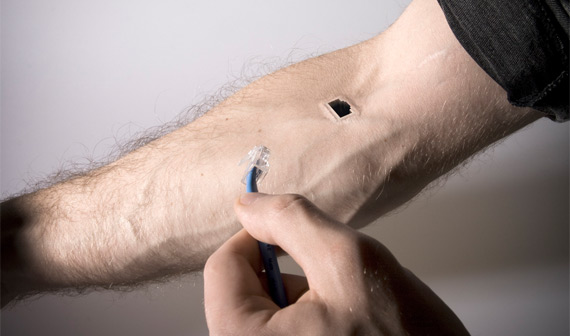 Web Television today exists as a vibrant and distinct medium because of the inherent neutrality of the internet. The freedom of expression and freedom of distribution that the content creator community as a whole experiences today is being threatened. Over the next few weeks, we’ll be exploring this issue in depth with the assistance of experts from the worlds of entertainment and policy. John Kosinski, Political Director for the Writers Guild of America, West, has written an enlightening overview of the ‘net neutrality’ issue which is at the core of this discussion.

Who Controls the Internet?

Don’t think of this as a silly question. Politicians will be answering this question very soon.

The corporations that provide Americans with Internet access, the major cable and telephone companies, have an aggressive plan to fundamentally change the way the Internet works. These companies would like to institute a system where they can decide what sites, content and applications Internet users can access and how they can access them, essentially killing ‘net neutrality,’ the founding principle of the Internet. I think it is time that politicians start hearing from every corner of the netroots community, including new media creators – who may have the most at stake.

Today, Internet traffic flows from user to user without discrimination by any party in between — this is called ‘net neutrality.’ Users can chose what content they want to see without a service provider deciding what they can or can’t have access to. But, the cable and phone conglomerates — the same companies that provide Internet access to the largest swath of American Internet users — would like to alter this founding principle in the name of greater profiteering. For example, AT&T CEO Ed Whitacre put the fat in the fire when he floated the idea of charging websites to be seen by AT&T customers – in essence, charging websites for distribution. Then, cable company Comcast was caught blocking subscribers from accessing certain applications, then lied to their customers about it, until finally admitting that they were interfering with their customer’s Internet use. Whoops. Other examples abound.

And just as a new President, a new Congress and a new-and-improved Federal Communications Commission are poised to codify the Internet as neutral and expand upon the definition, the powerful cable and media companies are gearing up with an army of lobbyists to beat back any effort to keep the Internet free for creators.

Over the next few months, Congress is likely to debate legislation such as last year’s Internet Freedom and Preservation Act, that would make Net Neutrality the law of the land. And the FCC is in the midst of constructing a National Broadband Plan — an ambitious effort to improve America’s connectivity, increase broadband’s reach, and improve our country’s computer literacy. Already, big media is circling the wagons and using the National Broadband Plan to decry “government interference” in their business practices. But just a few weeks ago, President Obama recommitted his campaign promise to ensure the Internet remains free and neutral.

What You Can Do

In the coming weeks and months ahead, we will need an educated, creative community to speak out, loud and clear, to preserve the Internet’s neutrality. Politicians will need to hear from you about how important the openness of the Internet is to you and your business. The Internet has given rise to a whole new crop of creative entrepreneurs, but the future of independent, new media content creation relies upon keeping the Internet free from gatekeepers and free from the consolidated media companies that have consistently strengthened their control of traditional media outlets (radio, broadcast and cable TV). In other words, we have to win the fight for neutrality (pdf).

Here’s some things you can do.

Elected officials will be deciding the Internet not only for future generations, but for the current generation of budding content producers. The decisions will have long and lasting impacts for all of us. We can win this struggle but we need content creators to speak out.

John Kosinski is a guest contributor to Tubefilter News and the Political Director for the Writers Guild of America, West. He will be keeping our community informed of public policy issues in the weeks and months ahead.