Sometimes when brands throw lots of money at web series, the result is classy, and entertaining (see Dior’s Lady Dior). Sometimes, it’s a generic debacle of a successful reality TV series. Unfortunately for Concrete + Cashmere it falls into the later category.

There’s no doubt the show was created with one goal and one goal only–to splash it’s colorful, girlie-looking, definite hangover-inducing, neon-colored cocktail around as much as possible while getting people to say it as often as possible, while remembering to put an accent on the “zaaa” in Alize.

In that tried and true MTV confession-booth fashion format, ten contestants have arrived in New York to impress some Alize “executives” with their awesome ‘tudes and fashion sense for a chance to win ten grand and a career polishing package. 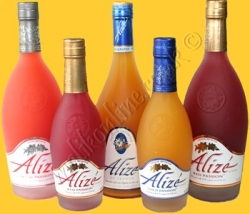 Contestants then look like idiots as they proceed to get Alizaayzed (yes, I made that up) and spout madness like, “I made this jacket,” and “I’m on this show because I’m pretty.” Unfortunately for the audience no one proves a delicious hot mess, and with episodes running longer than five minutes it is hardly worth it to keep watching in the hopes a train wreck may occur.

In the first episode, contestants are judged merely on an outfit instead of any fashion designing skill. Additionally, few contestants have any fashion background, making one wonder if the main qualifier to appear on the show was a really good fake ID.

While I always admire a company ready to delve into new media, I have to say if only Alize could have made a show as colorful as its cocktails, I’d be able to keep watching.