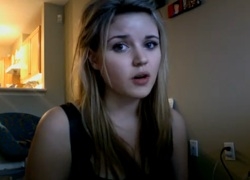 It looks like we have one half of the answer to the web video parlor game that is the Rocketboom talent search. UK-based video blogger and YouTube star mememolly will be the new host of Rocketboom in New York, sources tell us.

The 19 year-old Molly be will replacing host Caitlin Hill, who’s departure prompted the international search for two new hosts of the long-running web series. The opening of a new Los Angeles desk of the show means that the search was on for two new on-air hosts, one in New York and one in LA. The show’s producers, led by creator Andrew Baron, are offering a healthy $80,000 base salary plus $10,000 signing bonus in what we could be the highest paid gig in web television.

Originally from Ottawa, Ontario and now living in London, mememolly has garnered quite a following in YouTube circles, particularly in the UK where her channel is #10 on the all-time most-subscribed list and boasts over 21 Million total views.

What’s interesting is that we couldn’t find mememolly on the talent search page, which now has 386 publicly viewable submissions from would-be hosts.

But what good would we be without a little Twitter investigating? From the looks of her tweets it’s appears she was in New York earlier this month hanging around with current host Caitlin Hill (@thatgirlonline) and now she recently started following the Rocketboom gang (@rocketboom, @elspethjane, @andrewbaron) which would make sense.

There’s also an interview that Caitlin did with mememolly back in March for Pop17 where the two get surprisingly cuddly.

From what we hear the LA position is still up for grabs. 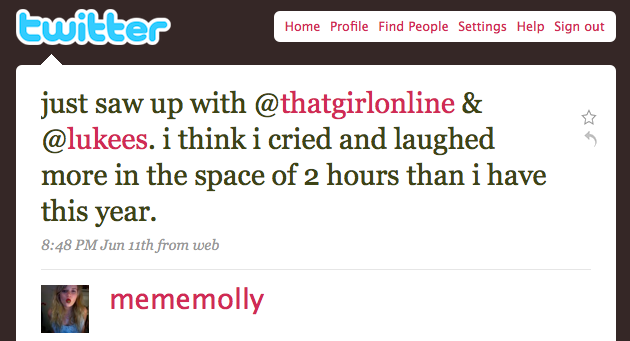