(Ed. Note: We’re thrilled to have veteran web video reporter Daisy Whitney writing for Tubefilter News. Look for more from Daisy as we take a closer look at the business behind web series and online video.) 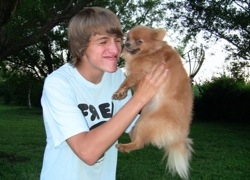 While online video has been dubbed the “fastest growing medium of all time,” the stark reality remains that there isn’t enough ad money yet to keep everyone in this business fed, clothed and sheltered.

Because even though Internet users watch more than 14 billion videos per month, that doesn’t constitute the all-important “scale” most advertisers want, according to several panels and keynotes at the OMMA Video conference in New York earlier this week.

Of course, there are always exceptions to the rule and one of those is the high-pitched YouTube star Fred. During her keynote, Google’s Eileen Naughton, the company’s director of media platforms, said Lucas Cruikshank who plays Fred is making a six-figure income from his YouTube videos. That includes YouTube partner revenue and money from Fred’s ongoing ad deal with Zipit Wireless.

“Fred’s mom is very happy,” Naughton said. Fred is the most subscribed YouTube channel of all time and has earned more than 300 million views total since its debut in May of 2008, according to TubeMogul. 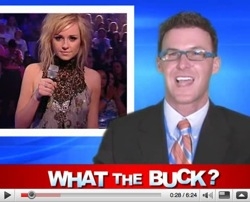 Other YouTube celebrities are supporting themselves from the site too, most notably What the Buck’s Michael Buckley, who also has said he earns more than $100,000 a year from his videos.

Marketers too have launched their own brand channels on YouTube, such as H&R Block and Wal-Mart, to help promote their businesses. Naughton added that 75 of the top 100 ad agencies have used YouTube to reach their audience.

Still, advertisers want more scale, better targeting and an array of formats, she added. That sentiment was shared by Andy Markowitz, digital marketing and media director at Kraft, during his keynote.

“We need more types of online ads,” he said. “We need to be able to reach our potential customers and you have to so in a bigger way than you can today.”

Agencies like Starcom are testing a range of new online video ad formats with Web publishers and marketers. Plus, online video should hit $699 million in ad revenue this year and $1 billion by 2011, according to media agency Magna. Still, few advertisers can achieve scale solely using online video at this point, Magna has said.

Also, don’t expect much online video ad money to flow during the current television upfront buying season, said Brian Wieser, global director of forecasting with Magna. That’s partly because online video is bought and sold throughout the year but it’s also because TV still commands such a bigger portion of budgets. And many agencies are still siloed, with online and TV having separate agency budgets, he said.

While cases like Fred and Michael Buckley are few and far between, the potential for the medium to corral more ad dollars exists because the Web is highly measurable.

“Wherever there is solid measurement, money does follow,” said Artie Bulgrin, senior VP research and analytics at ESPN.

Daisy Whitney is the host and creator of The Media Minute, a weekly news report on the business of online video at www.daisywhitney.com that’s also carried on Beet.TV, ABCNews.com, NATPE.org and the Huffington Post. She has covered media and entertainment for 12 years for news outlets including KNTV, TelevisionWeek and Advertising Age and currently reports for a range of industry outlets including Beet.TV, CableFax, Tubefilter, NewTeeVee, Emmy Magazine and others.