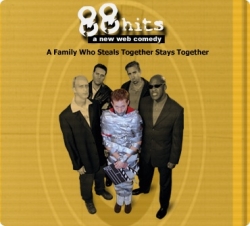 What would it be like if Don Michael Corleone’s career as an organized crime king became a complete failure? Instead of worrying about other rival mobs attempting to assassinate him, Corleone would worry more if he could even afford enough bullets to shoot back. And instead of saying that famous line his father taught him, he’d rather say, “keep your friends close…because at least you can ask them for money.”

Well thanks to Streamy Award winning director Blake Calhoun, we’d get a good idea in seeing an organized crime family become unorganized in his latest “mobumentary” web series, 88 Hits, which launched on KoldCast TV this week. The series follows the life and trials of the once proud Pascadellis, who is now the most unorganized crime family in the mob world.

Calhoun, who won a Streamy for Best Director for his work on the smash hit Pink, considers 88 Hits as the definitive mockumentary for the mob, similar to what the classic documentary, This is Spinal Tap, did for rock stars in the 1980s. 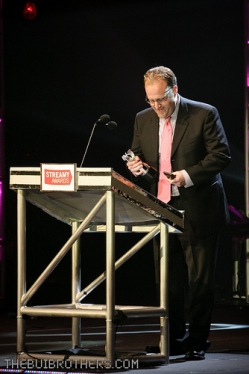 “88 Hits is vintage Calhoun,” says KoldCast TV CEO, David S. Samuels. “Blake is a skillful storyteller with a passion for narrative filmmaking. Whether he’s writing a screenplay or producing a web series, Blake brings an unparalleled level of passion and commitment to the job. With nearly 6 million views of Pink behind him, a Streamy Awards win for Best Director, and two Webby Honors for the series, we are entirely confident that his new series will be a hit with our viewers.”

It’s been a while since audiences have followed a fictional crime family, as HBO’s The Sopranos would be perhaps the most recent show to come in mind. But if you fancy the idea of Tony Soprano completely falling off the wagon, then 88 Hits would be a show you wouldn’t want to miss. We’ve already laid out the welcome mat for the Pascadellis in our homes because we’ll be following them for quite some time.

And besides, if you’re into highly compelling mafioso punch lines such as “…the weak people worked for the strong people” or something of a “destination type of a destiny nature”, 88 Hits will not disappoint. Because “in this business, a strong man that goes soft is a dead man,” but don’t take your anger out on pigeons.

Originally put out by Calhoun’s Loud Pictures in 2003 as the indie film Hit, the film has been re-edited for a web television release. Next up for the busy company is web project, Exposed, which is being executive produced by McG and produced for TheWB.com for release later this year.