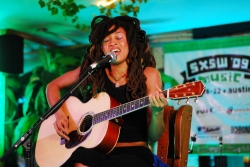 With a scheduled late-March debut for his music scene web series $5 Cover, creator Craig Brewer (Hustle & Flow) was full buzz ahead at last week’s SXSW. This is the second time Brewer has been seen on the festival circuit pimpin’ his upcoming series, having unveiled the show’s trailer right around Sundance, and making an appearance in Park City.

But SXSW seemed a perfect fit to pump a show that’s all about the music, and Brewer the show’s perfect piper. From the world of Black Snake Moan, and Hustle and Flow Brewer created $5 Cover with off-the-cuff improvised dialogue following a group of musicians as they try to pay the rent and survive the Memphis music scene. 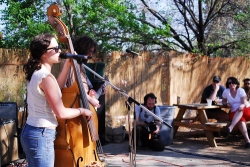 Setting up an official showcase at the venue, $5 Cover artists got to strut their stuff, playing music as wide-ranging as Al Kapone’s hip hop beats, to the distinctive folk of Valerie June and the sexy barroom voice of Amy LaVere. There are sounds are so widely diverse it seems only a few things could bring these wide-ranging musical tastes together–South by Southwest, the City of Memphis, and mind of Craig Brewer. Now we’ve heard the music, we look forward to the drama.