NBC’s popular Heroes franchise is once again preparing a batch of web-only episodes that extend the story line of the hit network series. First there was Heroes: Going Postal, then Heroes: Destiny then Heroes: The Recruit, and now a fourth, still unnamed series is the works according to our sources.

The series is in post-production with David H. Lawrence, who plays Eric Doyle on the network series, said to star along with a few other actors crossing over from the main narrative. The web series will pick up where the show leaves off in April on the life of Eric Doyle, the Heroes marionette character. 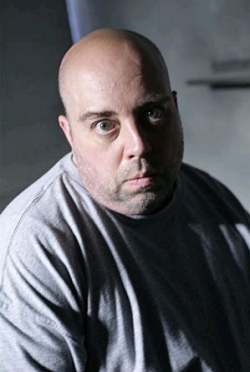 NBC and Executive producer Tim Kring have once again tapped LA-based production outfit Retrofit Films, who created two of the Heroes web series (Going Postal and The Recruit), to take the reigns on the project. NBC also turned to them for Conspiracy Theory, a companion web series to the network’s My Own Worst Enemy last fall. Retrofit’s two heads, Chris Hanada and Tanner Kling directed the new series, which is apparently a switch from their previous two.

Keeping up with all the Heroes web exploits can be a little tricky, as there’s even another web-only set of episodes, Hard Knox, that were released online after being cut from the TV version. Since this wasn’t really a web original series, we’re not counting it in the official roster of Heroes web series.

The unnamed four episode new web series is said to hit the web in mid-to-late April.

UPDATE: The new series will be called Nowhere Man and is set for an April 20th release.