'Fiddlestixx' and Banana Trips From Zellner Bros. on Atom

Quit your yelling King Kong and it’s game over for now Donkey, there’s new primate in town that’ll step on your bragging rights faster than someone slipping to a banana peel. 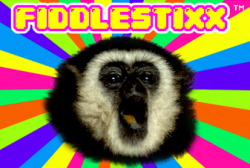 Sure, you chimps may have struck fear across the streets of New York City and threw barrels at a fat-yet-agile plumber. But does either of you chumps possess any “magical brain powers” that can make someone eat their dead grandmother’s cremated ashes? Could you take a banana and turn its tropical goodness into a stale and frightening Kielbasa? We didn’t think so and that’s why the Zellner brothers’ new primate, Fiddlestixx, is the new king in town.

“Fiddlestixx is the first web series created by and starring a primate,” said series co-creator David Zellner. In the series, which is produced by and featured on Atom.com, Fiddlestixx employs his “Magical Brain Powers to open a Vortex Portal through Time, taking him and his two human counterparts on whimsical adventures beyond your wildest dreams.” 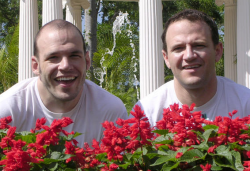 The Zellners’ (David and brother Nathan) unique craft in creativity was also recently seen in their Sundance featured film, Goliath, about a man who lost everything in his life including his lovable pet cat. “We primarily want to focus on making feature films,” said Zellner. And it wasn’t until the wonderful folks at Atom.com allowed the Zellners to finally grace the web with their incredible talents. “[Fiddlestixx] seemed like a really fun opportunity,” said Zellner. “In making something for the web we wanted it to be as tight and obnoxious as possible for sake of easy, visceral consumption.”

With roughly three minutes per episode of unadulterated antics, Fiddlestixx keeps the pace short and sweet on the web. “People’s attention spans are particularly short online, so we kept the episodes brief but packed with as much material as possible to encourage repeat viewings and hopefully become viral,” said Zellner. Currently, there are three episodes available at Zellners’ blog and at Atom.com. “We’d love to do some more if Atom is up for it and we have time,” said Zellner. “It was a blast.”

Make sure you also catch their feature film Goliath coming to DVD soon courtesy of the Independent Film Channel.