This is part 1 of a multi-part review of the initial lineup of Strike.TV’s original web series. 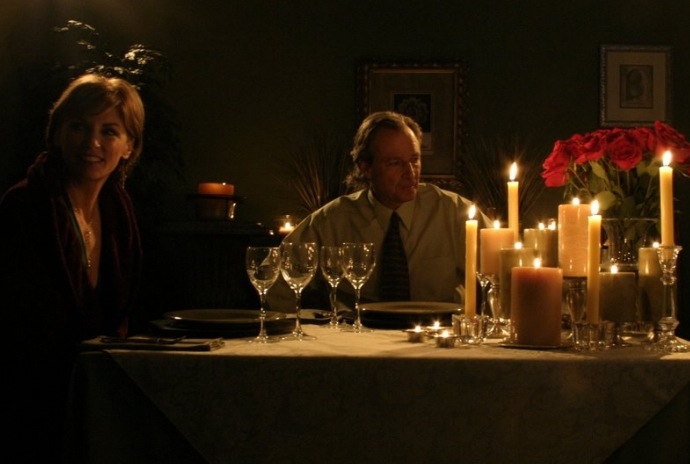 Life In General is a fictional behind the scenes look at a daytime drama called ‘Greenville General’, by writer Karen Harris of such real daytime dramas as General Hospital, Port Charles and All My Children. A bit of a mini-soap with a light touch that ultimately misses the mark.

Now, look, I’m a writer, so I want to be supportive, I respect the endeavor and the work put into these things. And with Life, A LOT of work has gone into it. There’s great production value from the costumes to the camera work to the sets. It’s clear that Ms. Harris has a lot at her disposal here and uses it to her full advantage.

However, great production value does not a great show make. It’s just a pilot, so maybe things will get better, but the acting is slightly over the top (either an actor or director problem – I’m suspecting a little of both). The story, well, it’s serialized, like a soap, so there are a lot of starts, but I’m not yet invested in any of the characters to care about any of the stories. And the music gives the impression that it’s supposed to be funny, but it’s just not happening.

My suggestion to Harris and crew is this: ten minutes is too long, cut at least two or three minutes, focus on one story, let it begin, middle and end, and PLEASE give Jo Beth Williams more screen time (she plays the show’s exec producer and she’s the best thing in it). There are a lot of good elements here, but unfortunately, until they’re put together right, Life In General will be a general mess. 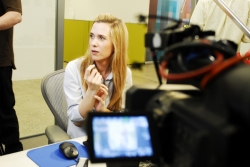 First of all, I have such a crush on Kristen Wiig. Have since the first time I saw her on SNL. This has nothing to do with my review, but I had to say it. So, the show is a funny premise. In fact, it feels like the show creators, Rob Kutner and Sheryl Zohn were sitting around and Sheryl said, ‘I think I have a crush on the tech support guy.’ And Rob said, ‘You mean the guy in Bangladesh?’ and voila, a show was born.

Unfortunately, the show isn’t as funny as the premise. And in fact, it makes me wonder where the hell the show will go now that (spoiler alert) Aasif Mandvi’s, Ace, has come to America to be with his beloved Kristine, played by my future wife, Kristen Wiig.

Wiig has moments of funny like when she mistakes Ace for a food delivery guy, then a practical joke before realizing he’s the Indian tech support guy she’s in love with. There is mild funny from BJ played by Oliver Vaquer, Kristine’s jerky co-worker. But oddly, the funniest bits come from Mid-West accented secretary, Rachel, played by Alissa Ford, who has the second smallest part in the piece. The smallest part is played by Mindy Kaling of The Office, as Ace’s manager in India. I only mention it to illustrate the star-studdedness of the cast, however her part is basically an unfunny cameo.

Ultimately, again, this show suffers from the same thing as Life In General, which is, great production value from animation (the animated transitions here are some of the best parts), to locations, camera, lighting, casting, etc, but unfortunately just a flatness to the performances and overall show. I’m a little worried about Strike.TV at the moment, I mean, I love the site, but so far, the shows leave something to be desired.

[Ed. Note: We know you guys don’t always agree with our reviewers’ opinions, so please post a comment to let us know what you think of the series! Read Part 2 and Part 3.]