Oh, dog people. They bring their pets to restaurants. They coo at their pooch in baby talk. They even let their smelly little mutts into their beds at night. Is it any wonder they’re misunderstood? The pilot episode of Puppy Love, the new L Studio web series by producer Amy Harris (Sex and the City), explores the dating dilemmas for those people who love their four legged friends…maybe too much.

Famke Janssen capably stars as our hopeless heroine, whose friends think that her relationship with her pet, Owen, might be keeping her from closing the deal with her new man—but she’s not convinced. She asks a friend, “When you see a woman with a dog, what do you think?” His answer: “She’s so desperate to have a baby that she’ll pick up crap from the streets.”

Over the credits, Janssen recounts how she found her dog, Licorice (a Boston Terrier, who plays Owen in the series), and her story sounds not unlike the tales smitten fiancees tell about meeting their intendeds. We’ll see whether the series will follow Janssen’s character, or if it will focus on a new dog lover every week—celebs slated to appear in coming episodes include Ally Sheedy, Kristen Johnston, and Sarah Paulson. 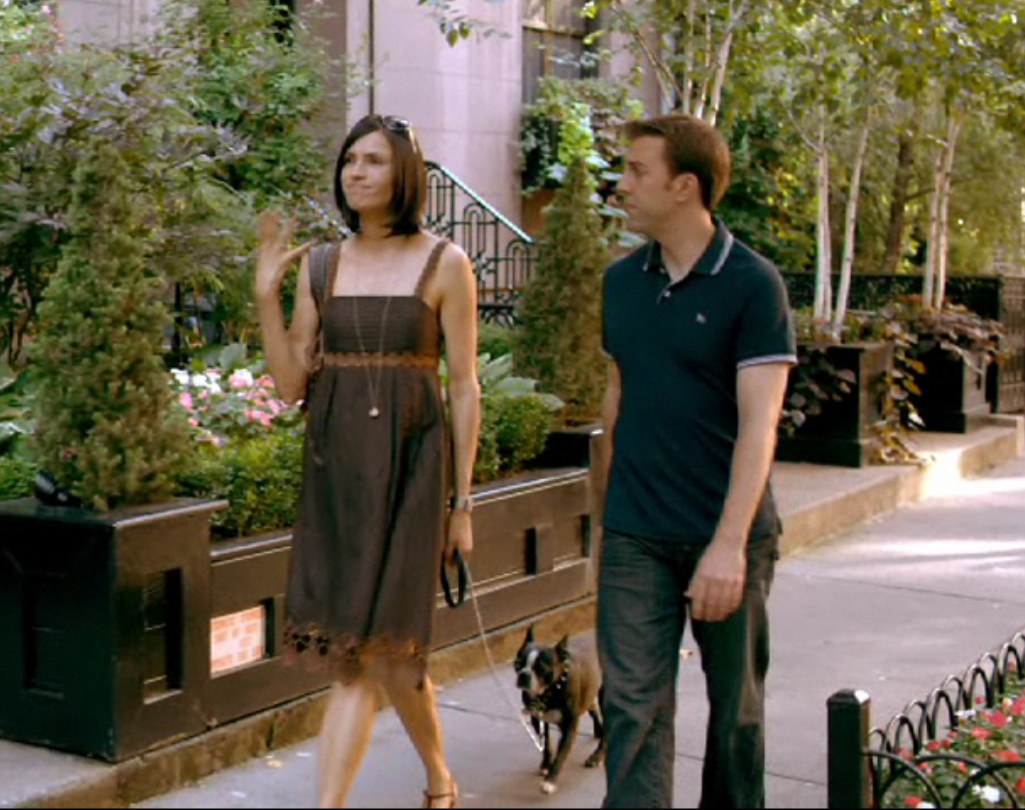 Like Sex and the City, Puppy Love has quick, witty banter with just the right amount of snark. If you’re missing the rich-New-Yorkers-talking-about- relationship-issues-over-brunch aesthetic, you’ll love the show, but even those who scoff at SATC (every guy I know, I’m looking at you!) will find something to love in this series. Well acted, well written, and with the high production value that seems to be a staple of L Studios programming, Puppy Love playfully satirizes the quasi-relationship-quasi-parenthood commitment of dog ownership.

And an added bonus for you dog lovers out there: Puppy Love’s proceeds benefit the ASPCA. I’m sure Licorice approves.