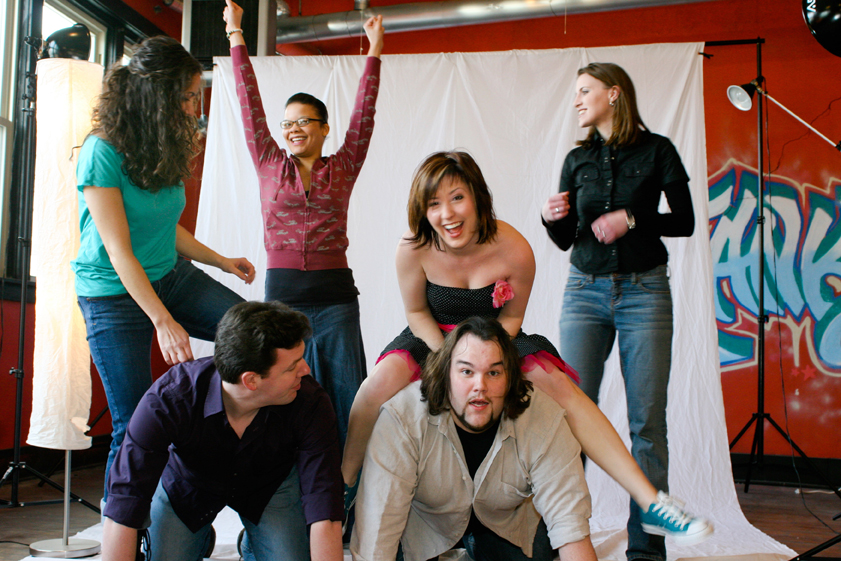 The average web series has a lifespan somewhere between that of a BBC sitcom and a helicopter gunner in ‘Nam, which is why the premiere of the 6th season of venerable web soap-comedy institution, Something To Be Desired, is nothing short of impressive. Season 6 kicks off Monday October 20th.

Starting in 2003, series creator Justin Kownacki dared the unthinkable: to make us care about people in Pittsburgh, specifically, 20-somethings as they negotiated life after college. Over 100 episodes and five years later the production is still going strong, even nabbing a 2008 Yahoo Video Award nomination this year. The cast still includes three original characters (unlike, say, ER) and is still run on one camera, one tripod, and the formidable ‘preditor’ (prodcuer/editor) skills of Kownacki.

But now the 20-somethings are becoming late 20-somethings and Kownacki is once again daring the unthinkable – He’s letting them age, and, with it, the show. Season 6 will feature a road trip Out Of Pittsburgh (a first), so characters can work for…Habitat For Humanity. “It’s becoming less coffee-shop-chatter and more Life,“ Kownacki told us. “I could see the show in 10, 15, 20 years, with the characters aging naturally, he added, “my actors will probably kill me for saying that, though.”

Also new this season are 1-2 minute teaser excerpts placed on YouTube in an attempt to draw more ADD-minded viewers into watching the full 10 minute episodes.

The series, never sponsored, has flirted with product deals, but remains fiercely independent. Kownacki has endured the same shadowy proposals from vague, possibly European entities that most series creators have experienced, and states, “We’ve gotten so used to doing it on our own, we know we can do it, and wouldn’t want to mess with that.”

With no end in sight, Something To Be Desired has achieved a rarity in the internet world – staying power. According to Kownacki, “I’m like a painter who will paint and paint until I run out of paint. I will edit until my time is up.”