Koldcast’s newest show, Poor Paul is definitely not exploring new territory. Three guys live in a small apartment, and struggle to cohabitate harmoniously, and title character Paul keeps a vlog about it. 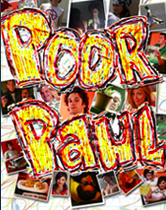 The real show-stealer, however lies with roommate Justin played by Kevin G. Schmidt of The Young and the Restless. Justin is like a sweet-faced Michael Cera with a side of realistic asshole. Perhaps the most realistic roommate character of them all, Justin has the ability to rationalize his existence until you can’t help but agree with him. He only Tivo’s Bloomberg so why should he have to pay his entire share of the cable bill.

Poor Paul’s strength’s undoubtedly fall in it’s willingness to be wacky. To that, I say wack-it-up. If Koldcast remains true to it’s mission: “We’re going to try new things and we won’t be afraid to do it. Some might not work, but we’re going to be adventurous anyway.” Then hopefully viewers will be in for a solid experimental ride.

Poor Paul debuted last week. New episodes will be airing every Tuesday on Koldcast and MySpaceTV.