'Do You Believe Me?' ARG Web Series Nabs Distribution 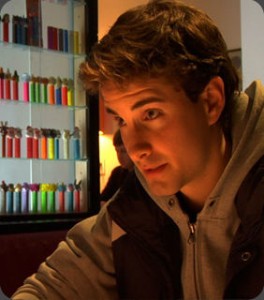 Distribution rights for new series, Do You Believe Me have just been acquired by UK-based I-Rights, part of Digital Rights Group (DRG). The series is coupled with an online reality game, and comes from Portugal’s beActive, known for distributing Sofia’s Diary, and Canada-based The Nightingale Company.

The Nightingale Company’s website describes the story as such, “Do You Believe Me? follows Maya McCarthy, a normal 17 year-old girl who finds herself intertwined in the world of mystery and deceit. After a series of strange nightmares, Maya believes her younger brother is in danger from an unknown threat… with the help of her neighbor Gord, she starts investigating her dead mother’s past. What she finds makes her a reluctant hero, as the fate of the entire world depends on her.”

Interactive elements revealed so far include talking to characters via SMS, keeping up with the show via a blog, and interacting with characters via social networking sites. Additionally, each episode of the show will be accompanied by games and puzzles. These gaming elements of the show are being billed as an alternate reality game (ARG), as players can actively change the reality of the game while it is going on.

The buyers sure seem excited about the web series and ARG combo. I-Rights chief Justin Judd called the two-year distribution deal “groundbreaking.” “By providing multiple layers of content and interaction,” he added, “Do You Believe Me? moves the (web series) form on and provides an immersive and engaging experience for the target audience as well as a range of integrated marketing opportunities for brands and advertisers.” The show site is up, but pending a full release at: doyoubelieveme.com.