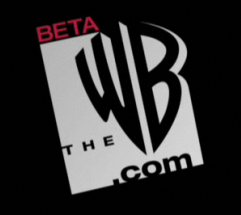 For anyone who has ever gotten their feet drenched in beer at a frat party, seen Elle Woods bond with her sorority sisters in Legally Blonde, or wondered what the secret Greek initiation ceremonies are really like, TheWB.com‘s new fall series Sorority Forever, premiering September 8th, is the show to watch.

Sprinkled with mystery and secrecy, Sorority Forever is sure to be the new captivating show of the fall. The series, created by television mega-producer McG and rising web production powerhouse Big Fantastic, will star Jessica Rose (lonelygirl15, Greek), Taryn Southern, and Jessica Morris, and will have forty episodes, released daily.

McG isn’t just dabbling in web-only content. In addition to creating Sorority Forever, McG and Wonderland Sound and Vision bring to life Exposed, another show featuring a college student with secrets to hide. Producer Gary Auerbach, (Laguna Beach and Newport Harbor) will bring his reality show-finesse to the online realm with Rich Girl/Poor Girl, where, you guessed it, a rich California girl switches places with a poor one.

If the reality show and college drama genres aren’t your thing, TheWB.com has an animated series, called Chadam, created by Alex Pardee and produced by Jason Hall, as well as High Drama: Against All Oz, from James Percelay. The O.C. creator Josh Schwartz also has a show in the works with executive producer Alexandra Patsavas, set in a Hollywood rock club (and currently untitled).

From sororities to reality shows to animation, TheWB.com’s got you covered this fall with a variety of new shows on the way, mixed in with some old favorites. The beta site launched in May, and will feature older TV shows such as The O.C., Friends, and Everwood in addition to the new web content. If you can snag a beta invite, you can check out the site today. It will open up to the public in August.