Diary Of A Web Series: How To Network At Film Festivals 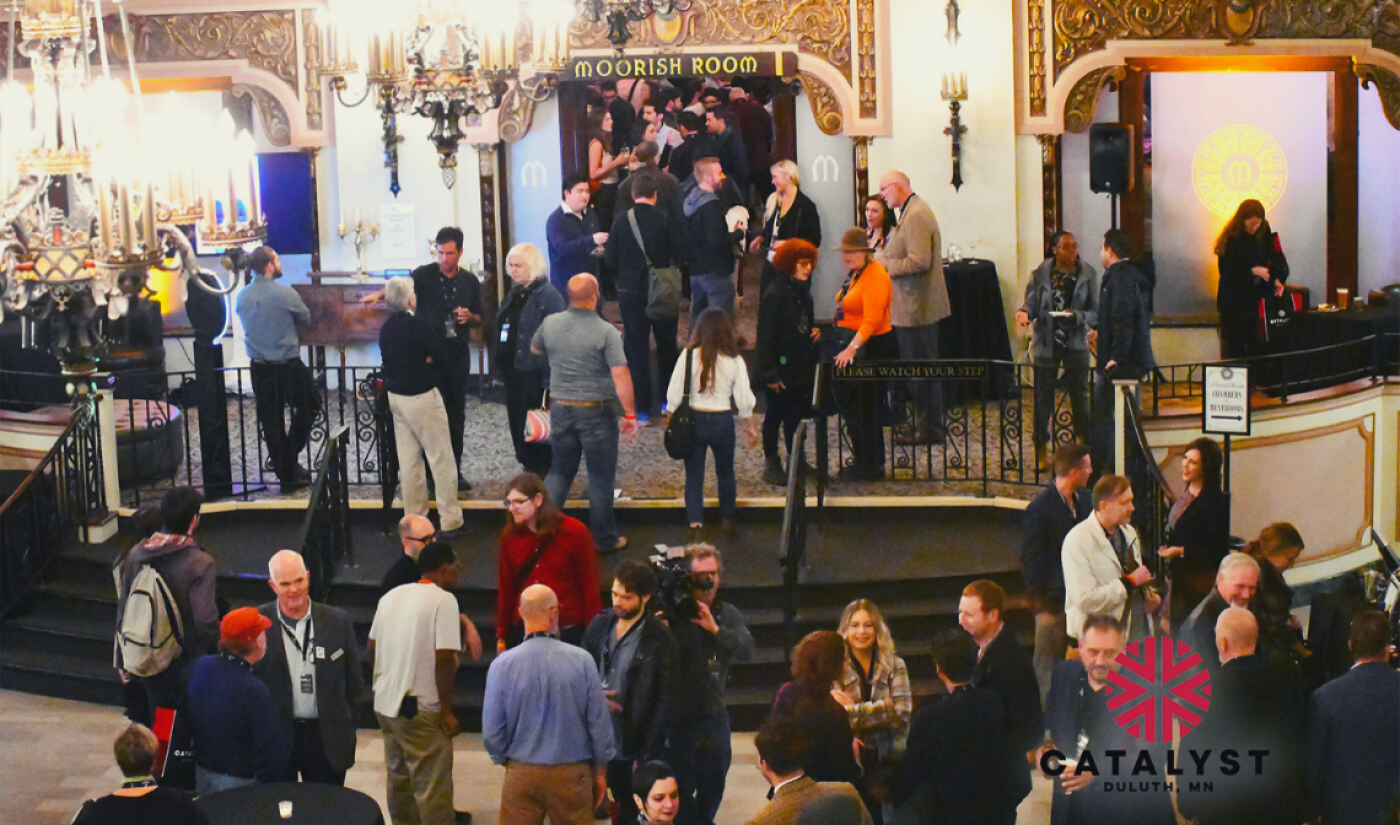 I stole across the Greysolon Plaza lobby like a skiving middle school student without a hall pass. Unlike most everyone who was there, I wasn’t a screenwriter, I wasn’t a practiced networker, and yet I found myself at a festival designed precisely for such things and such people. My 30-minute pilot had been shortlisted for the script competition at the Catalyst Content Festival (formerly ITVFest), which would impel me to Duluth, Minn., for some target-rich networking. There was just one problem: I f**king hate networking.

Luckily, I’d gotten a primer on networking early in the festival from a panel of creators and executives, ranging from writers to entertainment lawyers. They meted out practical tidbits mined from their professional lives: how to approach people, what to talk about, how long to talk to someone, how to manage your Rolodex, how to follow up, so on and so forth. Approaches and opinions varied, but there was consensus on one aspect: Don’t spend too much time with one person.

According to them, your job is to make as many connections as you can. As such, you shouldn’t spend more than 10 minutes with any one person, which challenges you to introduce yourself to new people. They recommended aiming for 10 business cards per night, which, over the course of the five days at the festival, would amount to 50 new business cards. Attend several festivals a year, and that number quickly vaults into the hundreds.

Skip Networking, Go to the Pub

After the talk, I stopped in at Fitger’s, the local brewery, before the evening event, steeling myself for a marathon networking session. While quietly sipping my stout at the bar, I spotted a group of fellow festival attendees (I could tell by the “creator” badges hanging from the lanyards around their necks). Had I followed the advice of the panelists, I would’ve introduced myself to my fellow creators and asked them about their projects and where they were from, until, eventually, I would have found the right moment to feed them my logline. That would’ve been the smart thing to do, but I didn’t do that. I chatted up a few retirees at the end of the bar.

Three women in their early seventies were debating what to order when one of them exclaimed, “They have three-dollar shots!” I encouraged them to order the shot special, but they ultimately balked. When they discovered I was there for the festival, they lit up. It turned out the three of them, all lifelong Duluthians, were volunteering at the festival. They asked where I was from, what my script was about, and how I was liking Duluth. After five minutes or so, they got their drinks, wished me good luck, and hunkered down at a table in the next room.

I should’ve closed out my tab and gone to the networking event. Instead, I ordered three shot specials (really more of a short mixed drink) and shuttled them over to my new friends. They were elated, and insisted that I join them. Over the next couple of hours, I told them about my screenwriting goals, and they regaled me with the history of Duluth. (Did you know Bob Dylan is from Duluth?)

Those panelists would have been thoroughly unimpressed with my networking (or lack thereof), since I opted to spend a couple of hours chewing the fat with some nice locals instead of mingling with people who could do something for my fledgling writing career. Once we parted ways, there was only about an hour left at the networking event. I considered skipping it, but in the end I sucked it up.

The One Person I Knew

When I made it to Greysolon Plaza, I meandered across the lobby underneath the crystal chandeliers and gold leaf ceiling, hoping I’d bump into one of the few people I knew there, but I recognized no one. I ascended the four steps at the end of the lobby into the Moorish Room, its dual procession of Corinthian pillars and mahogany bars conveying a more intimate feel in spite of its equally grand scale.

Not intimate enough, as it turned out, since I spoke with no one. As I wandered by groups of people, I looked for entry points–lulls in conversation, individuals breaking off from groups, people looking around, etc.–but I always had an excuse for why it wasn’t the right moment. Instead, I found myself at the bar ordering a whiskey ginger.

I gave myself the time it would take me to finish my drink to either find someone I knew or introduce myself to someone I didn’t. I did another lap around the Moorish Room and then headed back to the lobby, where I planned to deposit my empty glass on some untended surface and make my unceremonious exit.

In the lobby, I saw someone I knew. Sort of. I had seen this guy’s series screen at a festival a couple of years earlier. His show was contemplative, droll, and a little dark–in other words, my kind of show. He was also by himself, so I decided to stop him and tell him that I was a fan. He thanked me for the compliment, and confided in me that he was not really into these networking things. We agreed to team up and head back into the Moorish Room, where we both immediately spotted a mutual acquaintance. We joined her and her group.

Over the course of the next hour, more people joined our group, one of whom suggested later in the night that we go to an unofficial mansion party he had heard about from one of the panelists, who told him not to tell anyone else. We pulled up in an Uber to a mansion in a quiet, Duluth suburb, but we saw no lights and no party. I was starting to think we were acting on bad intel, perhaps even a hoax to teach us a lesson about the virtues of networking, when we noticed the door on the side of the house: the speakeasy entrance.

All of the panelists from the festival were at the mansion, and they were spending way more than 10 minutes with the people there. I met plenty of people whom I would not have had the chance to meet otherwise. I would not have made it to that mansion party had I not introduced myself to the loner in the lobby whose show I really like.

Put another way, I made it to the mansion party that offered better networking not by hunting business cards, and not by wending my way into tight-knit groups of people, but by being myself. When you do that, you tend to attract and gravitate toward like-minded people, and if you connect with like-minded people, you tend to make more meaningful connections that lead to better situations. Which, in the long term, I hope will lead to better opportunities.

There’s merit in what the panelists said, of course, but their advice, I now realize, was more of a guideline than a hard-and-fast rule. Their broader point was that you need to push yourself out of your comfort zone. That comfort zone varies from person to person. The limit of my comfort zone? Introducing myself to one other person who was also by himself. And, at least that night, it turned out to be enough.