Diary Of A Web Series: Ray Donovan Moved In On My Turf 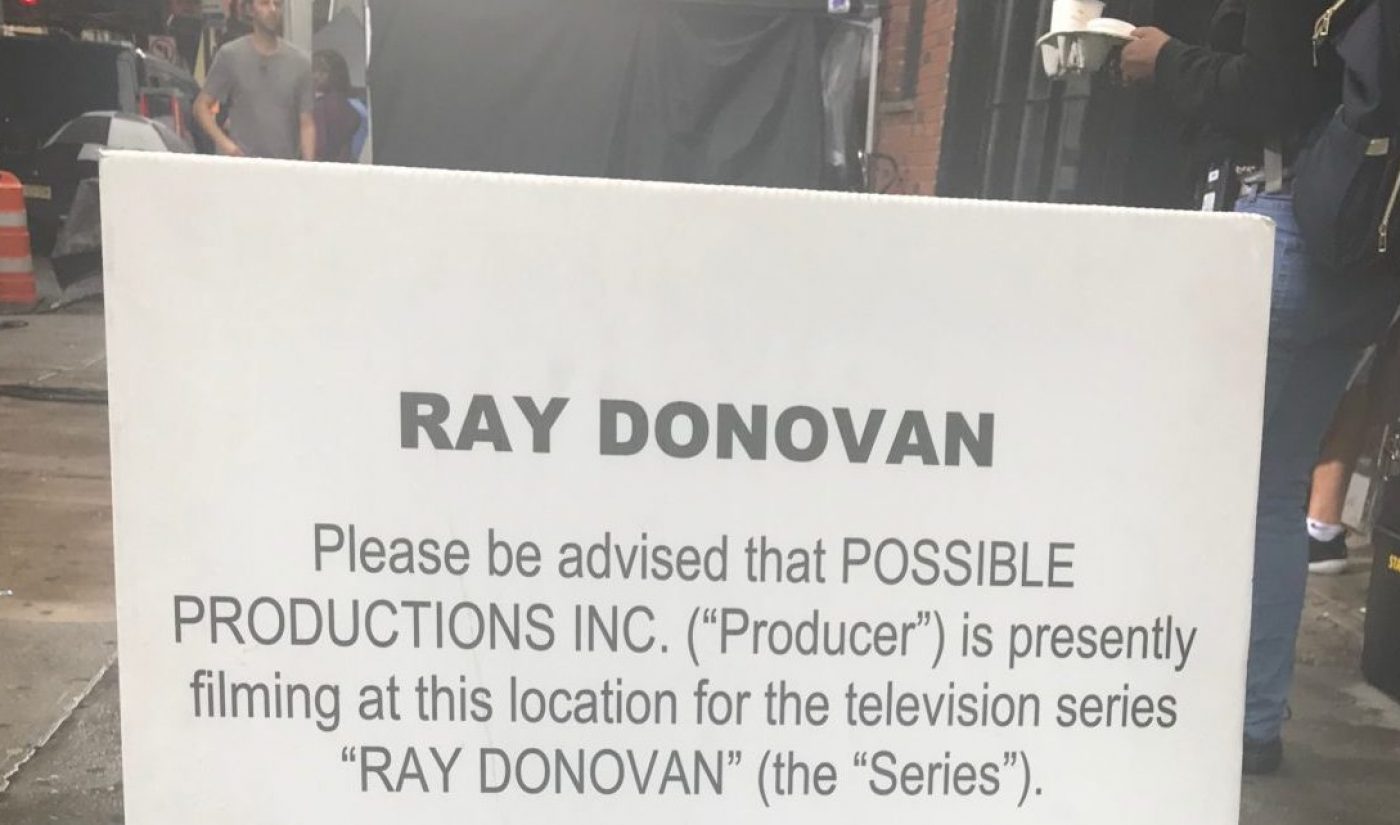 As I turned the corner of 31st Street and Newtown Avenue in Astoria, Queens, I noticed an uncharacteristic hubbub: trailers perpendicular to the sidewalk jutting out into the road; black canopy tents with folding tables presumably furnished with craft services; and film crew lugging equipment into the bars that huddled underneath the above-ground train tracks. Then, I spotted the sandwich sign:

“Please be advised that POSSIBLE PRODUCTIONS INC. (“Producer”) is presently filming at this location for the television series “RAY DONOVAN” (the “Series”).”

I had shot in this very location only a month earlier. Ray Donovan was moving in on my turf. Typical Ray Donovan. Also, I want a sandwich sign for my next shoot.

We didn’t really shoot at “locations” per se for season one. We rented an Airbnb in Crown Heights, which served as the main characters’ apartment. That was pretty much it, save for the sole office scene, which we shot in my former job’s office space. Season two, however, demanded multiple locations, including an office, a gym, several bars, a few outdoor locations, and even an art gallery.

I didn’t know how to negotiate with venues, nor did I know what an appropriate rental fee was. Did I need insurance? If so, how would I get it? For how long should I get it? And could I even afford it? In short, I hadn’t the faintest idea what I was doing.

Luckily, I enjoyed the hard-won pigheadedness that came with a career in public relations. I emailed and called venues ceaselessly until I stumbled onto people sympathetic to the plight of an independent production, some of whom employed creative types and artists, some of whom were creative types and artists themselves. The creative community in Queens was alive and well, and they wanted to help.

One of those sympathetic people was the general manager of The Astorian, a then-new cocktail lounge in Astoria. He promptly responded to my email request, and before I knew it, I was meeting with him in the second-floor speakeasy. He asked me what I was planning on shooting, how many people I needed for the shoot, if I had insurance, and what my budget was. I answered everything as best I could.

I can’t reveal the details of the agreement we eventually arrived at, but I can divulge the following, not just about the general manager of The Astorian but about every location manager I worked with for season two: If you’re respectful, go out of your way to address their concerns, and make sure you convey how much you appreciate that they’re even considering giving you access to their space, they will try to accommodate your indie limitations. It won’t always work out, but they’ll try.

I don’t know what Ray Donovan shot at The Astorian, but I can guarantee that whatever scene they shot isn’t as important to them as the scenes we shot there are to us. Since The Astorian is so big, with two floors and multiple sections with different looks, we were able to shoot three different scenes – a consolidation of shoots that expedited our production and saved us money. The Astorian is also brand-new with an upscale feel, lending some welcome polish to our shots.

Had Ray Donovan moved in on our turf? Sure. Was I jealous of their craft services? Of course. Did I covet their army of film crew? Definitely. At the end of the day, though, we still shot in the same location that Showtime saw fit for the likes of Liev Schreiber and Jon Voight. Maybe I did have a clue, after all. Maybe one day I’ll move in on Ray Donovan’s turf. But first, I gotta get my hands on a sandwich sign.