Stareable Fest 2018 Marks The Era Of The Producer 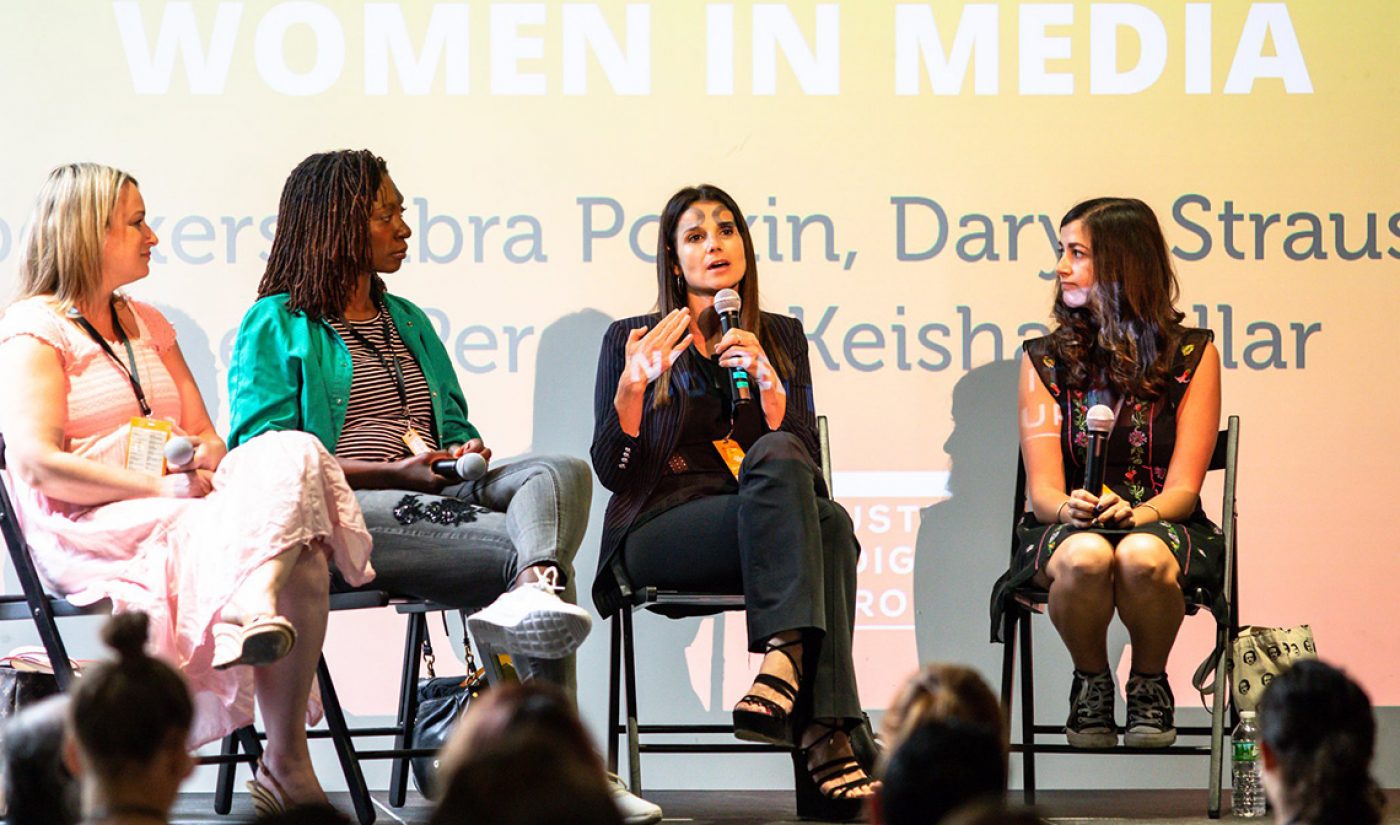 “This is definitely the era of the producer,” declared Caroline Christopher, Head of Development at OATH Studios, during a panel at Stareable Fest 2018.

In doing so, she aptly summarized several pieces of recent news, from FX Chief John Landgraf acknowledging that peak TV has yet to peak as we enter a “gilded age of television,” to AT&T’s new mandate for HBO to dramatically increase its programming slate, which itself came on the heels of Netflix’s hiring spree of TV mega-producers like Shonda Rhimes and Ryan Murphy, and networks cultivating digital-first creators like Insecure’s Issa Rae and Broad City’s Abbi Jacobson and Ilana Glazer. Perhaps the only thing that is clear about the state of the television industry is that change is coming to how Hollywood creates content.

As part of our goal to help talented digital creators get the audience and recognition they deserve, Stareable recently held its inaugural festival, gathering together the best web series creators working along with representatives from sponsors and partners like HBO, Comedy Central, Warner Bros, Vice, PBS, Verizon OATH, 2-time Emmy winning creator Bernie Su, PopChest, Bustle, and more. Over the course of three days of workshops, panels, 1-1 meetings, pitch competitions, screenings, awards, and more, we looked towards the future of television. These are some of the standout insights from our event.

YouTube’s days as a platform for homegrown creators are numbered

YouTube is still the 800 lb gorilla in the room but rapid shifts are occurring as creators acknowledge evolving audience preferences and react to the platform’s recent monetization changes.

“There’s gotta be some sort of alternative…to being completely ad-supported…because [it leads to] content being economically censored,” said Valerian Bennett of PopChest, a decentralized blockchain video sharing platform who recently announced Amanda Cerny, with 35 million followers, as an exclusive launch partner. Representatives from the largest membership platform, Patreon (with 150,000 creators), and the biggest film-focused crowdfunding service, Seed&Spark, agreed that the traditional ways for digital creators to monetize their content were not only outdated, but actively holding talented filmmakers back.

If platforms like Twitch, Vice, and Refinery29 can teach us anything, it’s that audiences want authentic, tailored content, not sanitized, overly-broad fare and they are willing to pay for the experience. Creators need to consider how to directly engage with their audience in order to be build truly sustainable and successful careers.

While the industry certainly has a long way to go before becoming a truly representative and inclusive landscape, digital companies are fast outstripping the old world rules of whose stories get told.

Brandon Arolfo, Senior Director at PBS Digital, spoke about how he’s democratized his process of finding a partner, noting that “it was about finding the right producer…we scoured the YouTube universe to see what was out there.” And Sara Rodriguez, Senior Vice President of Global Video at Vice, doesn’t care if a filmmaker has a traditional resume. “If somebody has never made a documentary before [but] they have access to a specific story and community… that has incredible value.”

As further evidence of their hunger for new creators, HBO sponsored Stareable Fest’s live pitch competition and met with the winner, and networks like Comedy Central, Warner Bros, PBS, and Bustle jumped at the chance to sit down for 1:1 meetings with our festival’s Official Selections.

Diversity will only get better when decision makers get more diverse

According to a recent study from USC’s Annenberg Inclusion Initiative, the last decade has seen little change in the representation of women, people of color, the LGBT community, or people with disability in film.

Vice’s Rodriguez is tired of waiting, arguing that the shift needs to come inside development teams because “the more we have staff that reflects our world, the more we get pitches that reflect their world.” And that inclusive approach extends to issues of compensation. Abra Potkin, Head of Talent Relations and Strategy at Oath/Verizon, thinks women need to band together to insist they are paid what they’re worth. “This area needs to change. The industry feeds off it…demand if [you’re] not getting this money that you’re going across the street to someplace else.”

In 2018 Netflix will release 700 shows and Amazon will spend $5B on content but big budgets aren’t the only way to attract engaged audiences.

Two time Emmy Award-winner and multiple Streamy Award-winner Bernie Su delivered the Fest’s opening keynote, remarking that “I hope [this keynote] inspires you to try different things with your content that the web can do but TV cannot.” For Su, who has more awards than all YouTube Originals combined yet created his show outside the studio system, successful innovation meant creating transmedia storylines that engaged audiences across multiple platforms.

Distributors like PBS Digital, VICE, and Verizon’s OATH echoed his point, telling the festival audience that they are increasingly looking for content that goes deeper into specific verticals and incorporates an interactive element, rather than ideas with “mainstream appeal.”

“Mainstream is what you want it to be,” remarked director and MTV Movie award winner Josh Caldwell. And if filmmakers took one lesson away from Stareable Fest, it was that they are increasingly empowered to determine success for themselves, no longer beholden to traditional gatekeepers.

Ajay Kishore is the founder and CEO of Stareable, the largest community of web series creators. Our platform helps creators amplify their presence and build an audience online. Stareable is dedicated to reimagining TV as a dynamic, inclusive, representative landscape.