How To Build And Engage A YouTube Community: 5 Tips Every Brand Can Learn From Toy And Entertainment Companies 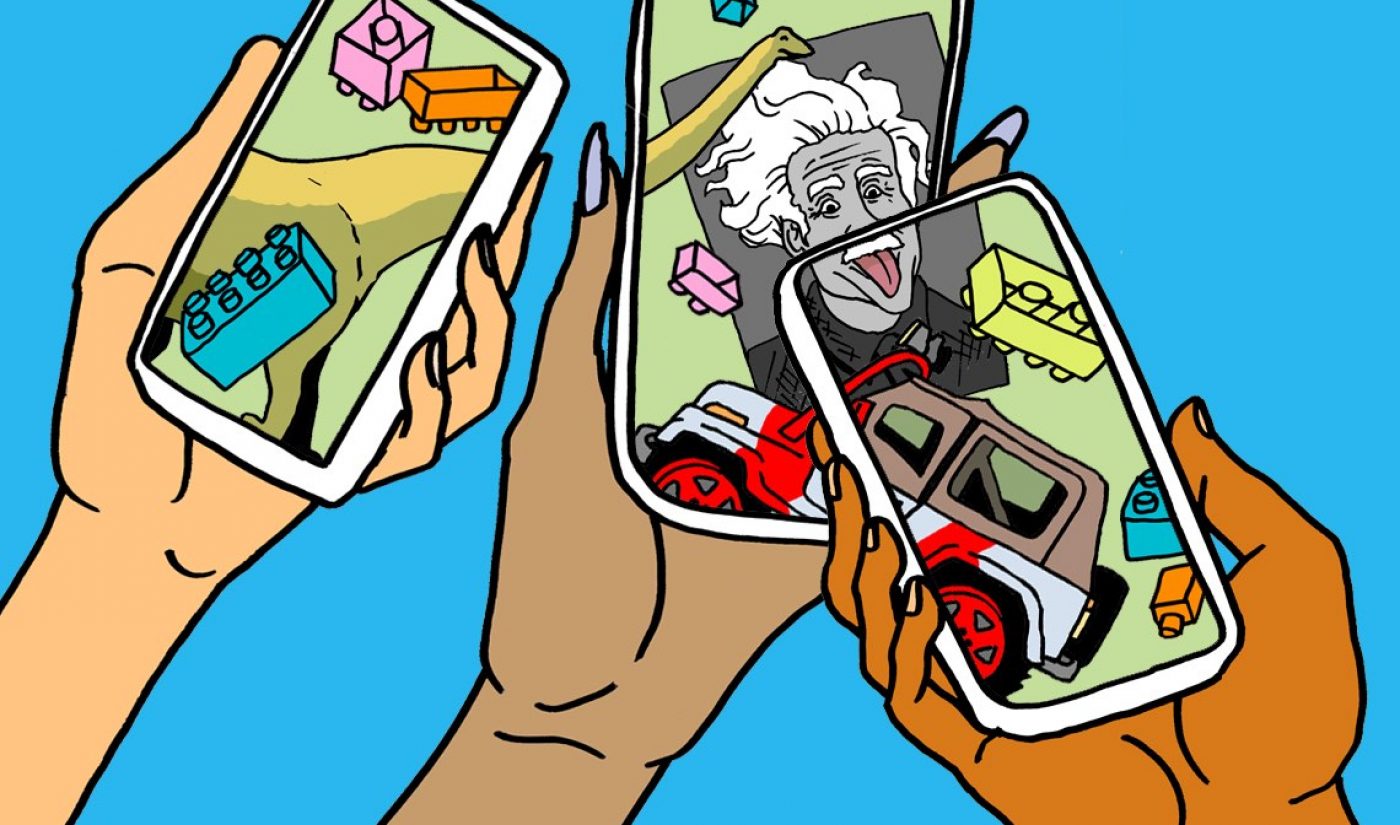 If navigating the video landscape of 2018 has felt more chaotic than a day at Westworld, you’re not alone.

Facebook dropped a one-two punch earlier this year, first with its newsfeed update that cut off brands and publishers from audiences, then with its changes to the Instagram algorithm. The FTC received new complaints about children’s privacy on YouTube. Snapchat faced backlash for its app redesign, causing its stock to fall off a cliff. Netflix said “Bye Felicia” to the Cannes Film Festival… and that was all before Zuck went to Washington.

We’ve been programmed to build content strategies that rely on the reach of these platforms, but in all this chaos, it’s too easy for your message to get lost. To weather this storm of disruption, brands need to focus on forming and fueling owned communities around content fans actively seek out.

The toy and entertainment industries have been among the first to master the art of using content to drive engagement and build communities, but you don’t need recognizable IP or worlds full of characters to create content people care about. Here are five tips for leveraging YouTube to grow and engage your community in 2018:

Regardless of the screen, storytelling matters—especially when it comes to driving engagement and results. Look at Hatchimals—Spin Master’s furry, self-hatching toy with a cult following.

To fuel the toy craze, Spin Master distributes a variety of Hatchimals content on YouTube, including original shorts and how-to videos. It’s the kind of content fans show up to watch, and it has no doubt helped sustain the product demand that started back in 2016—a major factor in Spin Master’s record Q1’18 revenue.

2. Don’t just borrow an audience, invest in building your own

When it comes to engagement on YouTube, a lot of brands believe it is more cost effective to advertise to an audience than to cultivate their own – but this strategy is expensive (not to mention disruptive) and lately the returns are diminishing. The time has come to invest in something more sustainable that drives higher quality engagement.

Take LEGO, one of YouTube’s most popular brand channels with five million subscribers and 2.6 billion views on its content in 2017 alone. If LEGO tried to reach the same number of people through advertising, it would cost $130 million (assuming estimated $.05 CPV).

Now look at WWE, with more than 28 million subscribers and over 24 billion lifetime views on its channel (Smack Down, indeed!). For these organizations, this type of organic engagement is possible because they have built-in, passionate communities of their own and they program a variety of community-centric content to keep them involved across platforms.

A simple way to build your community is to empower fans to help tell your story—because at the end of the day, they’re your target audience and they know what type of content will bring them back for more.

When National Geographic wanted to excite audiences to tune into its TV series, Genius, it turned the show into a content platform of its own, calling on fans to build off of the show and create short films inspired by Albert Einstein quotes. These films fueled the 10 Days of Genius Short Film Festival and sustained mid-season interest in the series by entertaining audiences with content that extended the series to new screens and formats.

3. Be “Always On” with a steady cadence of content

Establishing a consistent upload schedule is crucial, otherwise audiences will go elsewhere. But how do you align on a good posting cadence when you’re trying to grow your community? YouTube recommends 3-5 posts per week to effectively build and sustain engagement.

Consider established player LEGO again, sharing 5,508 videos in 2017. In contrast, new entrant LOL Surprise shared only 20 videos in 2017, relying on paid media to drive views and engagement. 5,000 videos is a tall order for any brand, but when produced strategically, something more manageable, but still effective like 150 videos a year (a minimum of 3 per week) is not. It’s worth noting, too, that LOL Surprise has already shared 25 videos in 2018, proving they see the value in owned fan engagement.

The more a brand invests in making content that organically grows its owned audience, the more it can continue to invest in making content for that audience—not into paid media to get a borrowed audience to see it. Dollars invested into production provide an evergreen asset that can organically engage a community and live beyond a campaign or media window. It also offers better qualified engagement, as audiences have chosen to discover you, versus having had their attention purchased.

To put it bluntly, every dollar you invest into developing content that builds your owned community will lessen the amount you’ll need to pay a third party to drop your content in front of an audience—eventually, flipping the “advertiser” model on its head.

With the shift in brands using content as media, each video asset needs to work as hard as possible to provide a return. To ensure the best shot at success, you should be living in your data to understand what resonates with your audience… and what doesn’t.

Here’s an example: In 2017, Barbie shared a full-length video on its channel, but started noticing a high drop off at 49 seconds. This corresponded directly with the length of the opening intro. After editing the intro, Barbie saw an immediate 49% improvement in audience retention from three-and-a-half minutes to over five. Brands only have a few seconds to grab a viewer’s attention, so it’s important to front load the action and get right into the story their audience wants to watch.

If you give viewers a good story to tell, they will tell it for you.

A simple way to invite participation is to create a playlist of fan videos from around YouTube. Disney’s Descendants channel is a perfect example. By recognizing fan-created content on its official channel, Disney is able to celebrate fandom, show loyalty to its community, and inspire fans to keep creating.

Another option is to invite fans to create content with you. To celebrate the 25th anniversary of Jurassic Park and the upcoming Jurassic World: Fallen Kingdom, Universal invited fans to recreate their favorite moments from the original film. For four-months, Universal featured submissions across its official channels, ultimately surprising fans by stitching together their clips into a retelling of the classic film. Where other studios may have gone a more traditional route, Universal recognized the power of embracing fans and empowering their creativity.

With these five tips in their back pocket, brands can begin to build and engage their communities and grow their success in 2018. 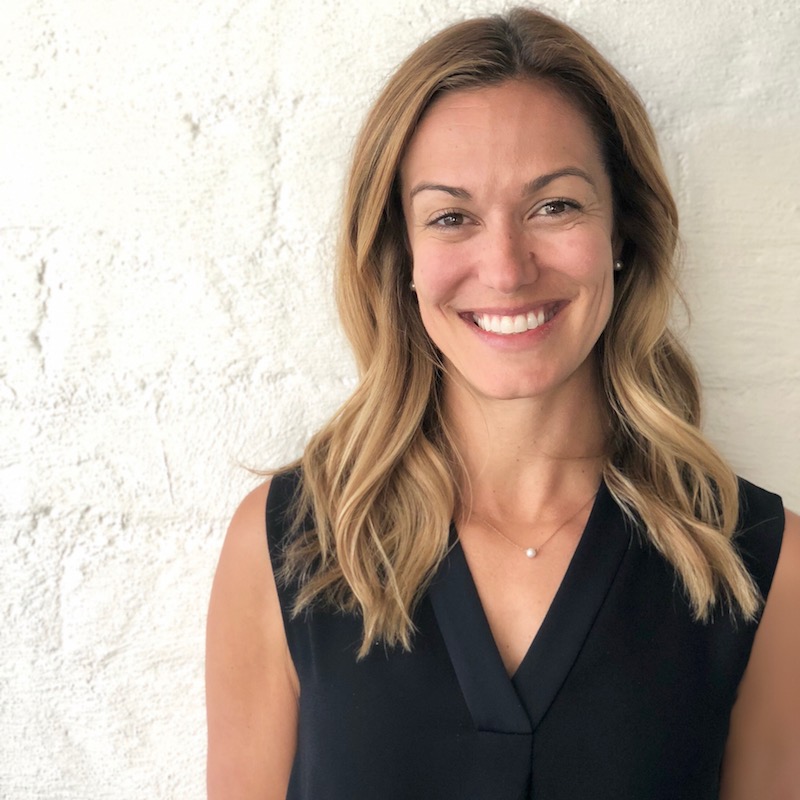 Tina Walsh is the Vice President of Content Strategy at Tongal where she develops strategic long-term partnerships with brands. Additionally, she contributes to the growth and development of Tongal’s toys and kids’ entertainment vertical, as well as designs and executes content plans across other clientele initiatives. Tina joins Tongal from Hasbro, where she served as Head of Digital Content.