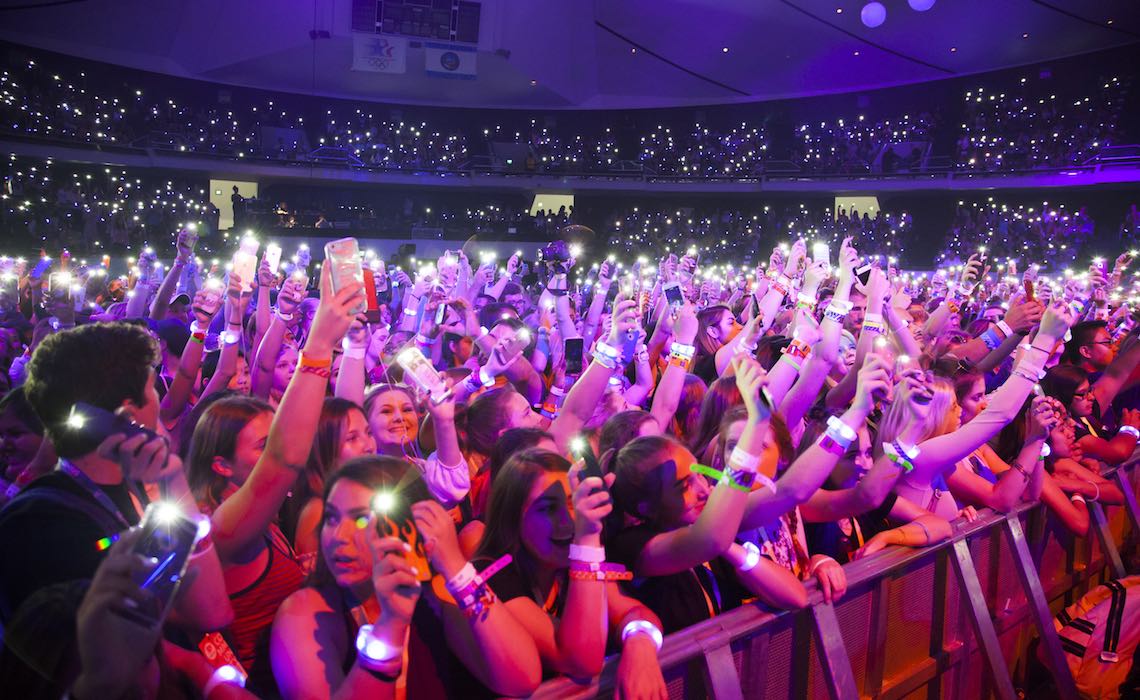 VidCon 2018 vs. VidCon 2010: How The Convention Has Evolved Over The Years

The 9th iteration of VidCon will commence on June 20, 2018 at the Anaheim Convention Center in Anaheim, CA. In the immediate days and weeks leading up to it, we’re going to be publishing some guest posts from the executives and operators behind the preeminent “event and experience for those who work in online video and those who love it.” The goal is to gain some insight into the thought process and emotion behind and mechanics of a 30,000-person gathering attended by some of the most well-known and influential individuals in the world. You can check this series out – as well as the rest of our VidCon coverage – right here.

As we finalize details for the 9th annual VidCon US in Southern California, I started getting nostalgic for the first VidCon, so long ago in 2010. It was certainly a very different event.  This June, we’re expecting more than 30,000 people to the Anaheim Convention Center, while the first VidCon took place in the basement of the Hyatt Hotel in Century City with 1,400 attendees.

That hotel (now rebranded The Century Plaza) sits directly across Avenue of the Stars from one of the world’s biggest talent agencies, CAA.  All weekend, top vloggers, musicians, and online video creators regaled their fans with performances, chats, and stunts while that bastion of traditional media power slumbered peacefully, unaware of the tectonic changes unfolding across the street.

Nine years later, we couldn’t put VidCon on without the help of CAA and its ilk, including UTA (a long standing partner of the show), WME, and others. The top creators that share their time and talent at VidCon are also some of their top clients, and a new generation of digital-savvy execs at these talent agencies have arguably been as important to the growth of our industry as the stars themselves.

Media of all types now flock to VidCon to gape at the spectacle, sure, but also to learn how to become a member of this new community-driven world of media.  I remember working with Hank Green, founder of VidCon, back in 2013 to bring Discovery to VidCon. VidCon was at the point where the event attracted big media companies like Discovery, which would  drive more media participation in subsequent years. After selling my previous company, Revision3 to Discovery, I was in position to help. The 60-foot mechanical shark that I brought to the Anaheim Convention Center – in honor of Shark Week – was the first of what is now a multitude of activations from traditional media, including NBC, Scripps, Fox, Nickelodeon, and MTV.

(Editor’s Note: Tubefilter‘s own Drew Baldwin actually interviewed that shark from Shark Week because¯\_(ツ)_/¯. We filmed it. A half million people watched it. And if you click on the video below, you can, too.)

VidCon has always been about democratizing the creative economy, as we put creators and the creative process front and center. From Ryan Higa and iJustine, who’ve been there from the beginning, to the latest wave of amazing talent coming this year, including Joey Graceffa, Liza Koshy and Bretman Rock, the incredible worldwide melange of community, fans and creators has grown – but in many ways is still the same.

As our audience had grown, we’ve also stepped up our security efforts to ensure the safety of fans and creators.  The informal interactions from that first year in Century City doesn’t scale, unfortunately. But some things haven’t changed.  VidCon is still a celebration of the democratization of the creative economy.  It’s where top online video creators get to mingle with their communities of fans. It’s where lifelong friendships are forged and renewed IRL. And it’s still a whole heck of a lot of fun!

Jim Louderback joined VidCon in 2014 as editorial director of the industry track, and took over as CEO in 2017. Earlier this year he led the sale of VidCon to Viacom, where he is now GM of VidCon.

Previously Jim was CEO of on-line video startup Revision3, and led the company to 20x viewer and revenue growth and 9 prestigious awards. In 2012, he sold Revision3 to Discovery, led the integration, launched and acquired 6 new networks, and built Discovery Digital Networks. Prior to that, Jim spent 16 years in increasingly senior editorial and technology management roles at TechTV, PC Magazine and PC Week.