This YouTube Mega-Fan Went To Camp With Bethany Mota And Tyler Oakley. Here’s What It Was Like. 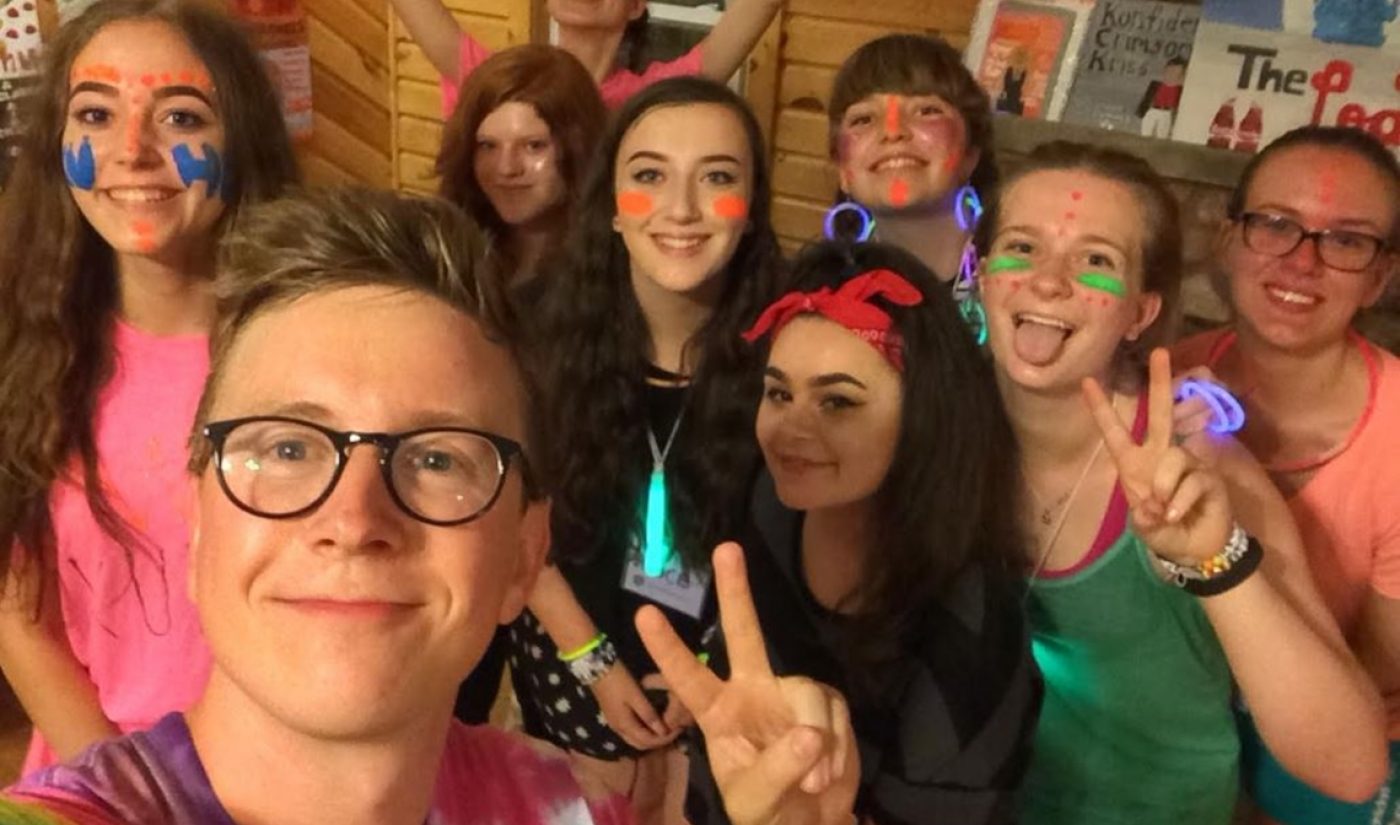 [Editor’s Note: There are a growing number of publications devoting coverage to YouTube and social media stars, printing stories online, in newspapers, and in magazines about this emergent class of celebrity. Tracking and touting the paradigm shift in entertainment and popular culture is great for everyone in the online video and digital media industries, but one voice has been grossly underrepresented in all the coverage. The voice of the fans. In order to remedy the problem and gain at least some insight into the millions of teenagers who consider YouTubers bigger celebrities than traditional media stars, we’ve partnered with an intrepid and enthusiastic high schooler to give us the firsthand scoop. To read more articles from our young contributor, click right here.]

Having attended numerous YouTube-related events, including Vidcon, Playlist Live, book signings, tours, concerts, and meet-and-greets, Camp 17 — a seven-day overnight camp featuring digital influencers Tyler Oakley and Bethany Mota as our camp counselors — was by far the most intimate and thrilling fan experience I’ve ever had.

Fellow fans traveled the world over to tiny Camp Wah-Nee in Torrington, CT — from England, Scotland, Germany, Portugal, and even Australia — to take advantage of this seemingly unfathomable opportunity.

That said, going to camp with Bethany and Tyler went from surreal to second nature pretty quickly. Whether Tyler was serving us lunch or cheering on nervous campers trying their hands at the trapeze, or Bethany was taking dance lessons with us and bravely taking her turn on the zip line, their involvement and presence came to seem oddly normal. To an outsider, the difference between YouTube star and fan might’ve even been imperceptible. And it didn’t matter if you came to camp because you were strictly a Tyler fan or solely a Bethany fan, by the end of the week you were fans and friends of them both. The evenings were just as memorable as the days. There were all the camp classics: a talent show, arts and crafts, canoeing, archery, three-legged races, tug of war, movie nights, and bonfires. What made these activities all the more special is that we all had to unplug from our phones and computers for the week — a strict camp policy.

As one of the most immersive experience I’ve ever had as a YouTube fan, I was thrilled to hear that Tyler and Bethany are headed back to Camp17 for another stay next summer — and I definitely plan to be there. Check out my chat with Tyler and Bethany about their first Camp experience below:

Tubefilter: Why did you want to participate in Camp17, and what makes you two a good pair to host the camp together?

Bethany Mota: I was really just excited to meet everyone in an intimate setting and to physically be at camp in the woods because it’s way different from other meet-and-greets. We both love spending time with our viewers, which is good because this experience wouldn’t work for some people.

Tyler Oakley: I mean we’ve done all the conventions and stuff already so I wanted something fresh and I thought this was the coolest experience to offer to fans. Plus, Bethany is adventurous and I knew she’d be up for anything. TF: What were your favorite parts of the week?

BM: Dance class was so much fun. I thought I’d hate rock-climbing because I’m terrified of heights, but I was peer pressured into it and ended up loving it! I was not a fan of the zip line, however. As soon as I got up there, I almost threw up.

TO: I loved arts and crafts because I’m obsessed with the bracelets we made. I was unsure about the field day because I was like, “Ugh, sports” — but it felt like I was back in high school and I got to run with fans and cheer them on and that was so much fun for me.

TF: Would you ever consider participating in something similar again in the future?

TO: Duh! And the thing is, most camps are like 8 weeks of this — so this was like a taster.

BM: Totally! Eight weeks would be so intense and we’d get so attached to each other, but this week has been so good. TF: What are the advantages of meeting fans in this type of environment versus other settings?

TO: We get to really know you guys rather than have a 10-second impersonal conversation like in a meet-and-greet. Camp’s also a lot more chill than I thought it would be because it feels like I’m a camper too — so it’s really nice.

BM: At typical meet-and-greets, it’s like “Hug, photo; hug, photo” and you only know someone’s name. At camp, you get to actually know people.

TF: A component of this camp is unplugging from social media. Do you ever have an opportunity in real life to do this? If so, what’s one activity that you enjoy doing during this time?

BM: Lately, I’ve been trying to make more time in my life to unplug because I spend like 80% of my day on social media. Right now, I really enjoy going on hikes or working out at the gym.

TO: Well, I found out about camp around the time I got back from The Amazing Race where I was enjoying being disconnected from everything — so I was totally down for more of that. For TV stars, they shoot a season and get a break — just like any other job in the entertainment business has a down season. But YouTube doesn’t have an off season. You’re making content constantly so it’s refreshing to switch off once and a while, and I wanted my fans to feel that experience too.

Sofia Graziano has been a YouTube fan for over five years. She is currently in 9th grade and has aspirations of being a film major at a top university. For now, she spends her time attending far too many YouTube events (meet and greets, conventions, concerts) and enjoys every second of it. You can stay up to speed with what she’s up to on twitter at @otheroakley and check out her other contributions to Tubefilter right here.