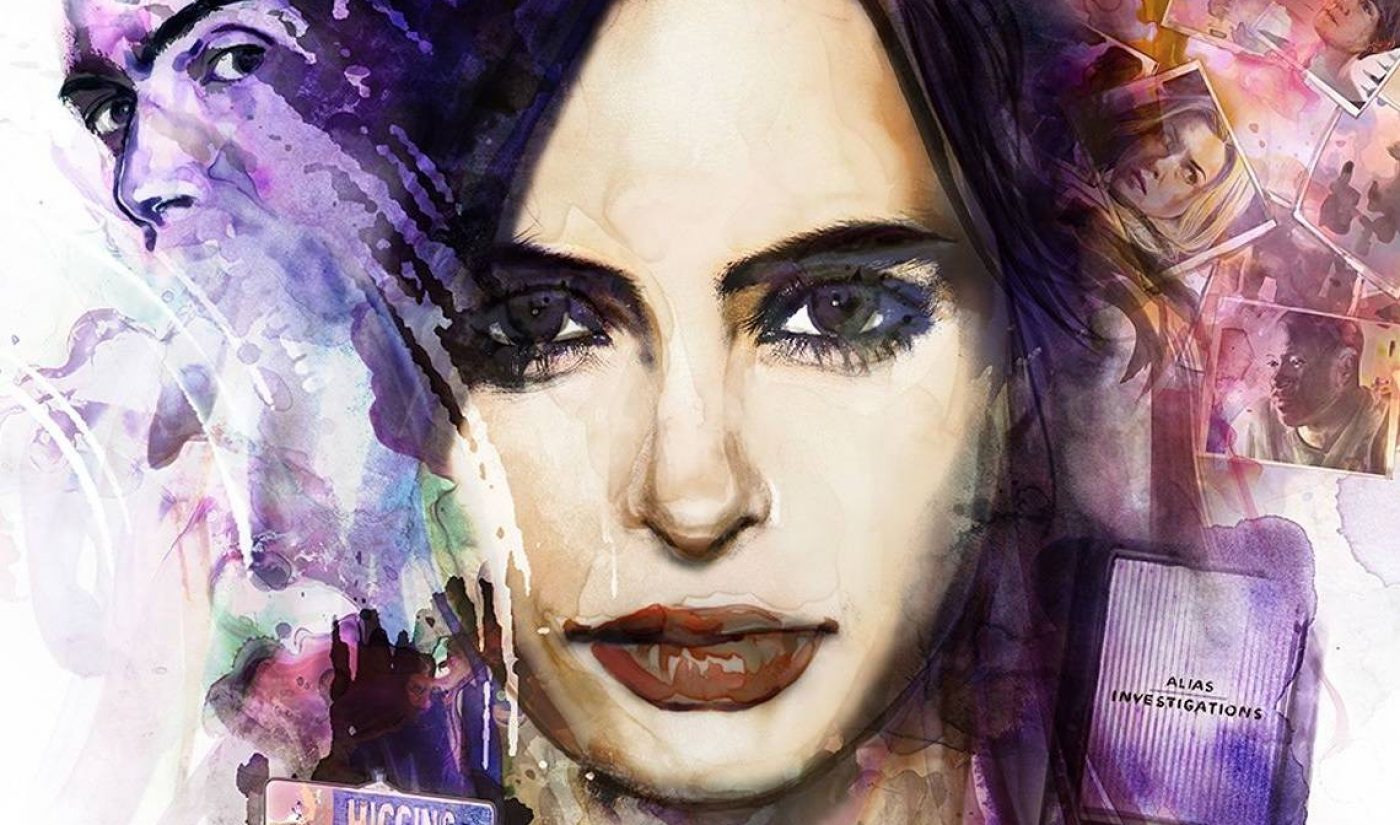 Media reporters were recently granted a small window into the normally-secret world of Netflix and Amazon viewership statistics. At a presentation on January 13, 2016, NBC Universal’s President of Research and Media Development Alan Wurtzel revealed some estimated TV ratings for several Netflix original series, including Jessica Jones, as well as Amazon’s Man in the High Castle.

Wurtzel cited data taken by tech firm Symphony Advanced Media (SymphonyAM), which measures audience viewership and has previously released information on how millennials use DVR and Hulu to watch their favorite fall shows. SymphonyAm used audio recognition software installed on mobile phones to capture Netflix and Amazon original series’ soundtracks as they played. In this way, Symphony was able to track the viewership of about 15,000 mobile users from September to December 2015.

During these four months, Symphony found a single Jessica Jones episode averaged 4.8 million viewers in the 18-49 demographic. The Aziz Ansari-starrer Master of None came in second at 3.9 million views, with Narcos placing third with 3.2 million views in the same time frame. Amazon’s Man in the High Castle, which is the platform’s most-streamed show of all time, boasted an average of 2.1 million adult viewers from September-December.

“This is in beta,” Wurtzel noted as per a report from The Hollywood Reporter. “I think they’re valid. They give you a sense of what the size is — whether it’s 4.4 million or 4.2 million, I don’t think [it] matters.”

Wurtzel mainly highlighted Netflix and Amazon’s viewership numbers as part of what he called a “Netflix Reality Check” during his presentation. The NBC exec pointed out how reporters and the media must put the impact of streaming providers like Netflix and Amazon into perspective before claiming those providers are significantly hurting, and might even replace, the traditional and broadcast television networks. Those networks routinely pull in millions of views for episodes of their shows, too, and can more accurately track viewership on linear TV thanks to Nielsen (the firm is currently working on tech to track digital audience ratings, as well).

“It’s a very different business model,” Wurtzel said of Netflix. “Their business model is to make you write a check next month. So not every program on Netflix is a broad appeal program …. I don’t believe there’s enough stuff on Netflix that is broad enough and is consistent enough to affect us in a meaningful way on a regular basis.”