Anatomy Of A Viral Video: A 2015 Retrospective 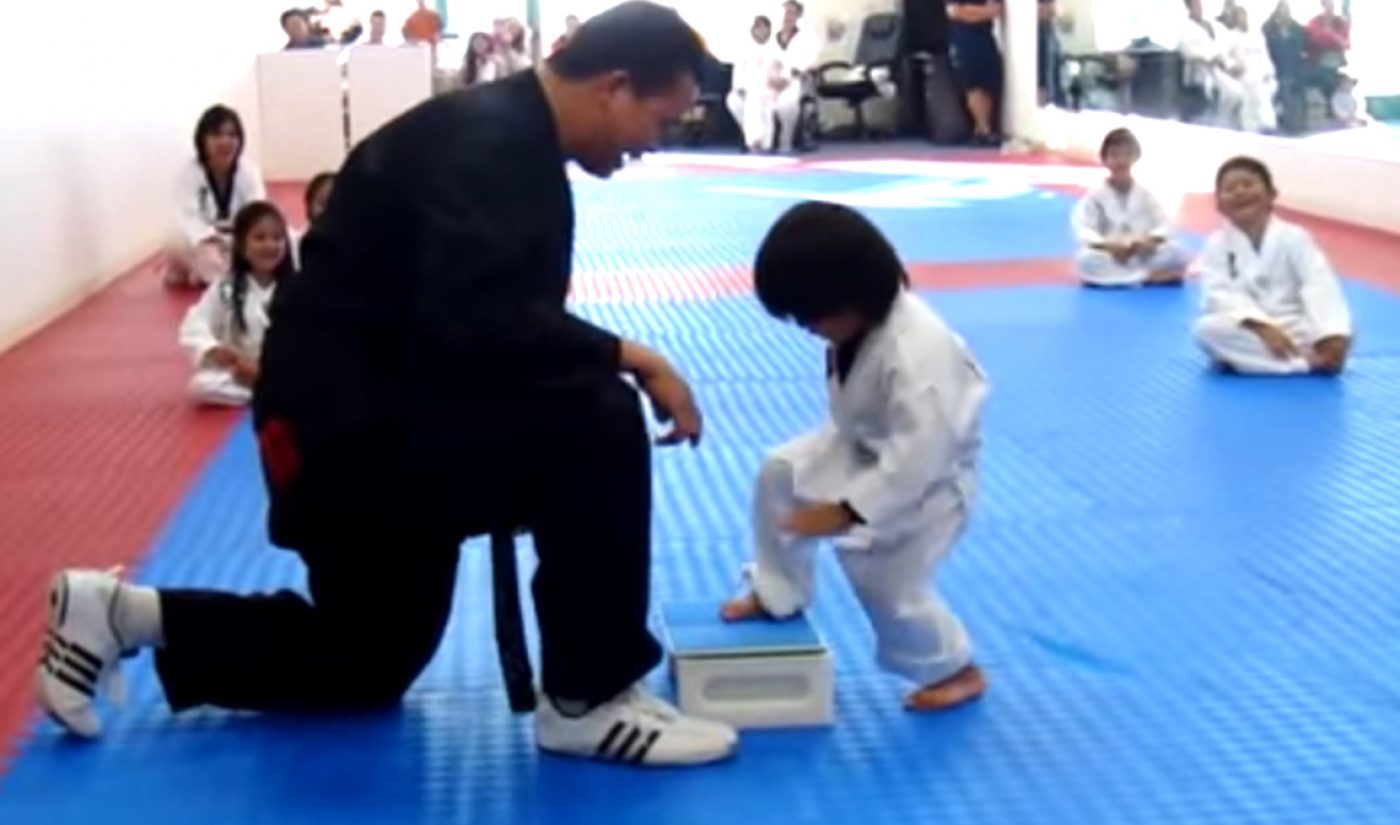 [Editor’s Note: Why do some videos rack up millions of views while others linger in obscurity? How does a particular clip become a cultural phenomenon while others remain perennially unseen? What is it that makes a video go viral? Tubefilter has partnered with Jukin Media to take an analytical dive into online video ephemera to try to come up with some answers. Join us for our new regular series Anatomy Of A Viral Video as we explore today’s biggest viral hits and how all those views add up. And for more Anatomy Of A Viral Video installments clicbk right here.]

There’s a lot that’s still not well understood about how certain videos gain such immense popularity online. As the online video industry is constantly evolving, it’s important to continually study how and why things happen the way they do. The phenomena of virality, and how videos go viral, is one such area that warrants more than just a passing mention.

That in mind, below are five of 2015’s biggest viral videos and what they tell us about the causes, mechanisms, and results of virality today.

What happens when a user-generated video that heavily features a consumer product goes viral? Back in April 2015, a video of a Scottish grandfather playing a children’s game called Pie Face with his grandson gained a tremendous amount of attention on Facebook. Two uploads of the video (here and here) have combined for more than 200 million(!) views.

Together the two versions of the video were shared more than 3 million times, but the number of shares, or share-count, that appears underneath the video only tells part of the story. There’s an under-the-radar method by which videos are commonly shared on Facebook that doesn’t include clicking the ‘share’ button. Looking at the comments section of a clip like Pie Face, you’ll see that thousands of people leave comments that tag a friend or family member. This is how users share a video with a particular person without posting it to their own timeline.

As for the Pie Face game, the video has helped catapult it to its status as one of the top-selling games and most in-demand toys of the year, proving the power and impact that organic viral videos can have.

The video has several million views on YouTube, was licensed for use in several TV shows, and was even used as the creative foundation of a TV commercial for the game itself.

While Facebook video took major strides in 2015, there were still an abundance of videos that went viral the old-fashioned way — on YouTube.

At an Omaha, Nebraska zoo, a father and his two kids were enjoying the gorilla exhibit when suddenly and without warning, an enormous silverback gorilla charged directly at the family, slamming itself into the glass that separated the patrons from the animals, and severely cracking it. All the while, the father’s camera had been rolling.

The video gained more than 31 million views on YouTube. Roughly 20 million of those views were the result of the video having been embedded on other websites, while the remaining ~11 million came from the YouTube homepage, the Suggested Videos feature, and various other YouTube features.

According to a quick Google search, more than two hundred websites and news outlets covered this story, which accounts for the bulk of those ~20 million embedded player views. The complete list is difficult to track as YouTube’s analytics offer only the top 25 traffic sources for a video. That being said, the top five referrers were BuzzFeed (2.2M views), UltraSocl.com (2.1M views), IFL Science (1.9M views), Daily Dot (1.2M views), and SB Nation (637k views).

Little Boy Tries to Break Board

A video clip uploaded to YouTube in August 2015, featuring a young karate student trying to break a board during his class, has gained more than 12 million views on YouTube.

The video, although it was immensely popular in the US with coverage on sites like CNN.com and Bleacher Report, received a huge traffic boost from international websites. In fact, out of the top five referral sources, three of them (Naver.com, Yahoo Japan, and bomb01.com) are not based in English-speaking countries.

This underscores the fact that user-generated viral videos, even those that contain a spoken language, can be massively appealing across cultures and geographic borders based entirely on universally appealing imagery. In this case, as one YouTube commenter put it, the video is “freaking adorable,” and that type of video can be appreciated anywhere in the world.

The Boston Sunfish (Which we covered in a previous edition of Anatomy Of A Viral Video here.)

Today was a great way to end summer thank u

In August 2015, a charmingly outrageous video of a pair of Boston-area fishermen who encounter an odd sea creature went uber-viral, largely due to the colorful commentary of the cameramen. The genuinely excited and bewildered fishermen attempt to guess what the creature could be. Is it a sea turtle? A tuna? A baby whale? (Spoiler: It’s a giant sunfish).

The stars of the video were invited on to Jimmy Kimmel Live!, were featured on the front page of the Boston Globe, and have been featured on public radio shows and on national morning shows.

Oddly, the Sunfish video is a curious case whereby the original clip did not receive all that many views. It was first uploaded to Facebook, where it received more than three million views as it was covered by Daily Dot, Mashable, Time, and dozens of other websites. Interestingly, it was the Facebook version of the video that was embedded on those websites, rather than the YouTube version. Facebook only made its videos embeddable early this year, and although sites are embedding Facebook videos with more frequency, publishers still seem to heavily favor YouTube embeds; Facebook does not yet offer analytics regarding embedded player views, so all we know is that some portion of those 3 million+ views are from embeds on the aforementioned sites. The YouTube version of the clip has 800k+ views; of that 800k, roughly 125k came from an embedded player. The Top 5 referrers of the YouTube version were: Facebook (interestingly), TheShrug.com, Geekologie.com, Tumblr, and Oddee.com.

Pizza Rat (Which we covered in a previous edition of Anatomy Of A Viral Video here.)

A 15-second video depicting a rodent carrying an entire slice of pizza into a NYC subway went viral in a way that few videos ever do. Stephen Colbert, who featured the clip on the Late Show, said, “If you’re not familiar with Pizza Rat…the Internet blew up over this video,” and Conan O’Brien, meanwhile, put together a hilarious parody video, showing the ‘untold story’ of what happened before the rat was caught on film; the clip even was referenced on Saturday Night Live in host Miley Cyrus’ opening monologue. Throw in the fact that there were Pizza Rat Halloween costumes and plush toys, and there’s no doubt about the video’s place in the cultural zeitgeist.

Curiously, the video’s view count on YouTube is at a relatively pedestrian 8.6 million views. This is of course more than the vast majority of videos on the web, but for something that was as ubiquitous as Pizza Rat seemed to be, it’s surprising that there weren’t 2-3x as many views. That is, until you dig into the data.

Looking at stats from Jukin Media via YouTube’s copyright tools, the data revealed that Pizza Rat was illegally copied – that is, someone ripped the video and reuploaded it to YouTube in an attempt to monetize it – more than 400 times. By comparison, similarly-viewed viral videos typically see a few dozen copies. While the millions of views generated by all of those illicit copies are monetized by Jukin on behalf of the clip’s owner, they do not show up in the view count on the original video, and thus make it appear that the clip has far fewer views than it actually has.