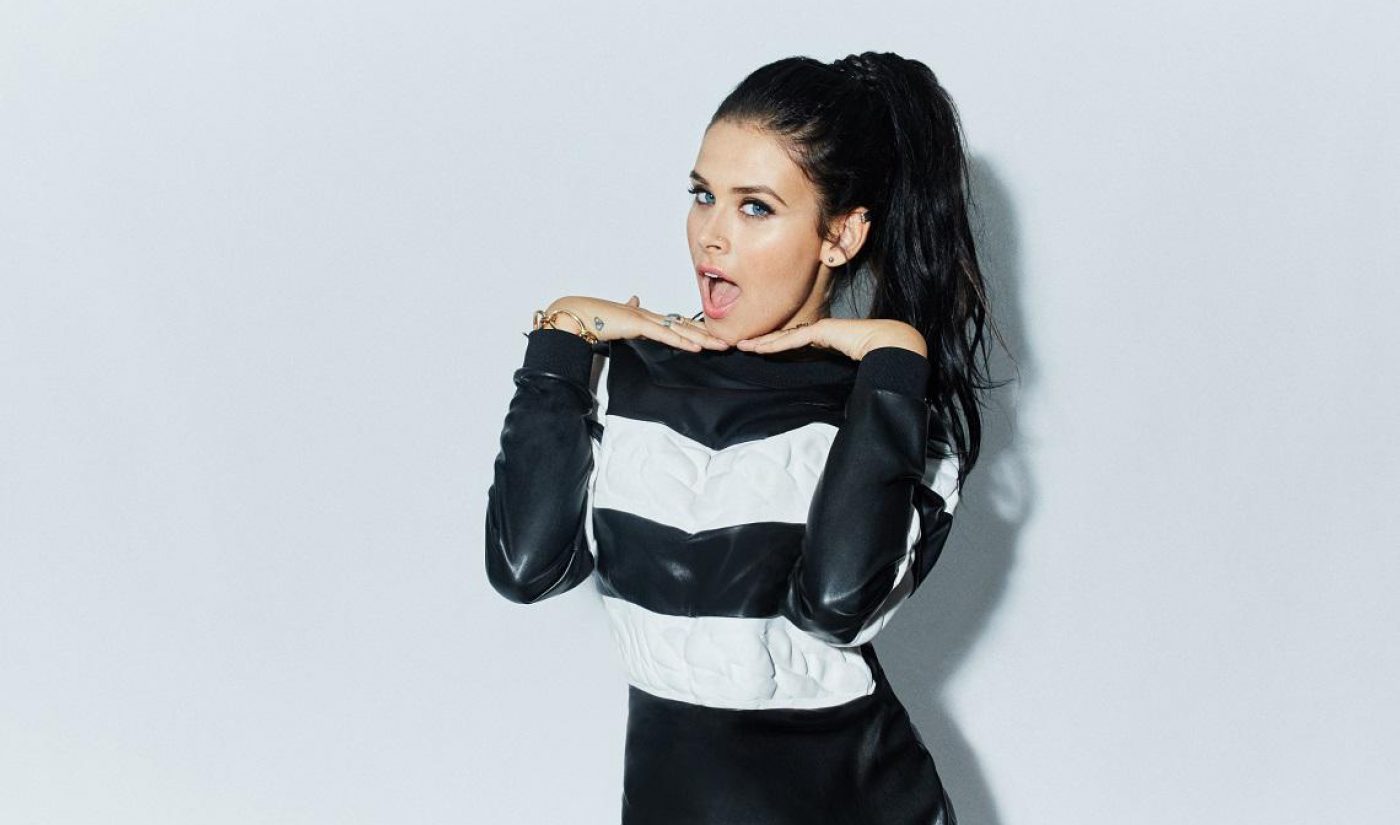 Most online video fans know Sara Maria Forsberg (aka SAARA or Smoukahontas) from her linguistic ramblings in the 2014 video “What Languages Sound Like To Foreigners.” The clip has pulled in over 15 million views to date on YouTube alone. But now Forsberg will be remembered for another notable achievement: developing a new alien language for the film Star Wars: The Force Awakens.

Forsberg was approached by Lucasfilm a month after her languages video went viral. The 21-year-old Finnish YouTuber told Variety the offer didn’t seem real at first, until she received the paperwork and confidentiality agreement. That latter document is the reason no one’s known about Forsberg’s project until now. Since April 2014, the singer and YouTube star hasn’t been allowed to discuss her participation in the upcoming Star Wars film, a situation which she described as “horrible.”

“It would have been nice when promoting your new career, to tell people, ‘Hey, I worked on the Star Wars movie,’ but I had to just humbly wait,” said Forsberg. “Now that I can talk about it, it feels amazing.”

Working from a partial script, Forsberg got to work on creating the alien language to be spoken aloud in The Force Awakens. The Star Wars team asked Forsberg to listen to Euro-Asian languages, so the video creator brushed up on the sounds of Gujarati and Hindi. Forsberg, who’s fluent in English, Finnish, and Swedish, also said she went to YouTube to listen to languages she didn’t know.

Since the singer didn’t want the alien language to “sound like complete nonsense,” Forsberg made sure to create words and a structure to make it seem real. After a month of work, the YouTuber sent the language’s audio files to the Star Wars dialect coaches, who then taught the actors how to pronounce Forsberg’s new tongue (which still doesn’t have an official name).

Forsberg wasn’t able to visit The Force Awakens set, but she did attend the film’s official premiere on December 14 in Hollywood. “I felt like I had finally accomplished something concrete, and to see my name in the credits was incredible,” explained Forsberg. “When the director [J.J. Abrams] thanked me on stage, it felt really good to be Sara Forsberg.”

Forsberg is quite willing to work on any language needs for future Star Wars films, as well. “We’ve formed a relationship with Lucasfilm, and should there be more Star Wars films I would be thrilled to expand on this language,” the Finnish YouTuber said. “Maybe in the future I’ll be able to fine-tune it so it will even be teachable.”