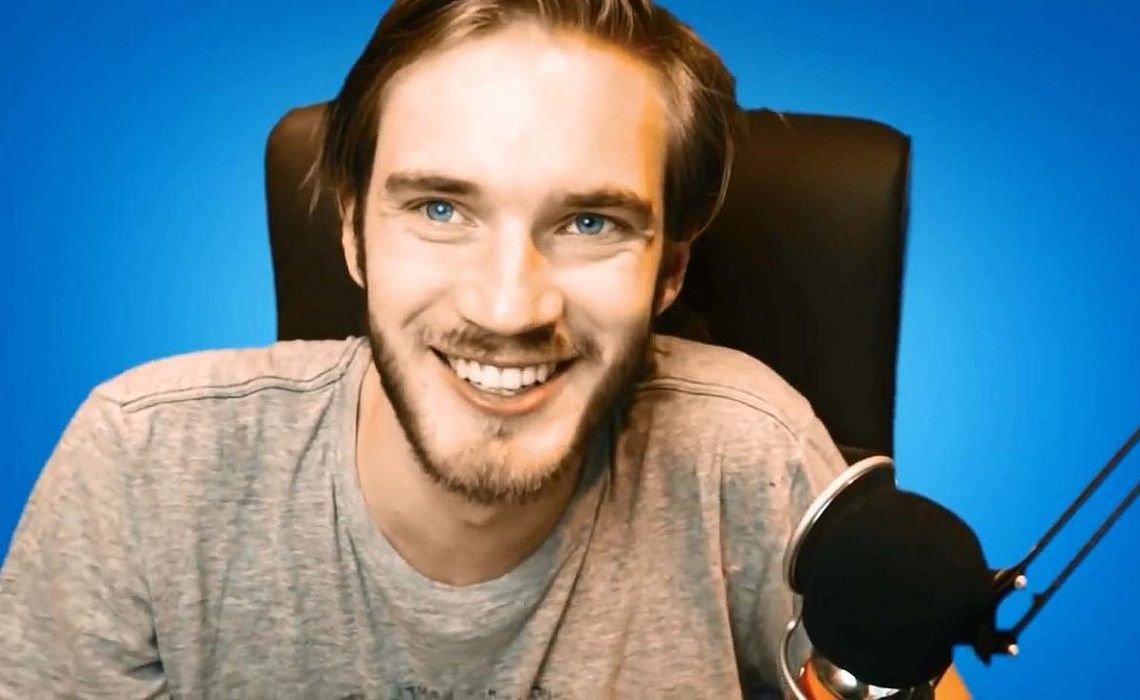 On October 21, 2015, YouTube announced the upcoming launch of its $10-per-month subscription service YouTube Red. Within the week leading up to the service’s official launch, YouTube had to do a lot of damage control to address both legitimate concerns (like the now-debunked rumor Red wouldn’t pay creators during the free trial month) and misunderstood problems video creators and fans had with the service’s proposed terms.

Now, YouTube superstar Felix Kjellberg (aka PewDiePie) has taken to a blog post to share his thoughts on Red, and the real problem he thinks YouTube fans need to be focusing on instead of the $10 monthly cost of Red: ad blockers.

The 26-year-old Swedish gamer, who now boasts over 40 million subscribers on his channel and adds roughly 18,000 new subs per day, first points out to his readers the important fact that YouTube doesn’t make any notable profit, even though it generates revenue from ads and is part of the ad powerhouse Google. Based on YouTube’s lack of positive ad revenue in 2014, Kjellberg says the reason Red exists is to help YouTube turn a real profit. But then PewDiePie digs deeper into the argument most people have against paying $10-a-month for YouTube Red: Why they should pay for something they can get for free using an ad-blocking program?

Kjellberg shares a Twitter poll he conducted where 40% of the respondents said they used an ad-blocking program of some sort to watch his content. The Swede says he verified this number with his own Google stats and notes it’s much higher than the 15-20% of ad-blocking viewers he had when he first started creating YouTube videos. While Kjellberg claims he’s fine with people using ad blockers on his channel because ads are annoying (and because if rumors are to be believed, he makes enough money to not have to worry about any revenue loss), the YouTube star points out how losing out on 40% of ad revenue can be devastating to smaller channels trying to make it big. 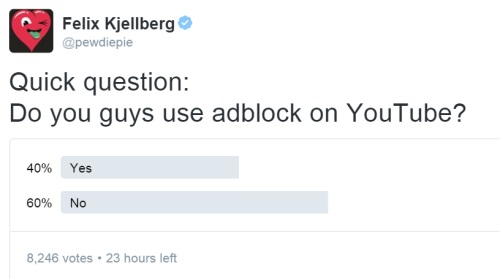 Kjellberg wraps up his post by voicing concerns about how much money Red will actually be able to pump out to creators, especially the smaller channels (though fellow YouTube celebrity Hank Green seems to think it’ll be better for these up-and-coming creators). But in the end, PewDiePie warns his readers they need to be more worried about the effect ad blockers have on smaller channels than the way fans’ bank accounts will be slimmer each month because of Red.