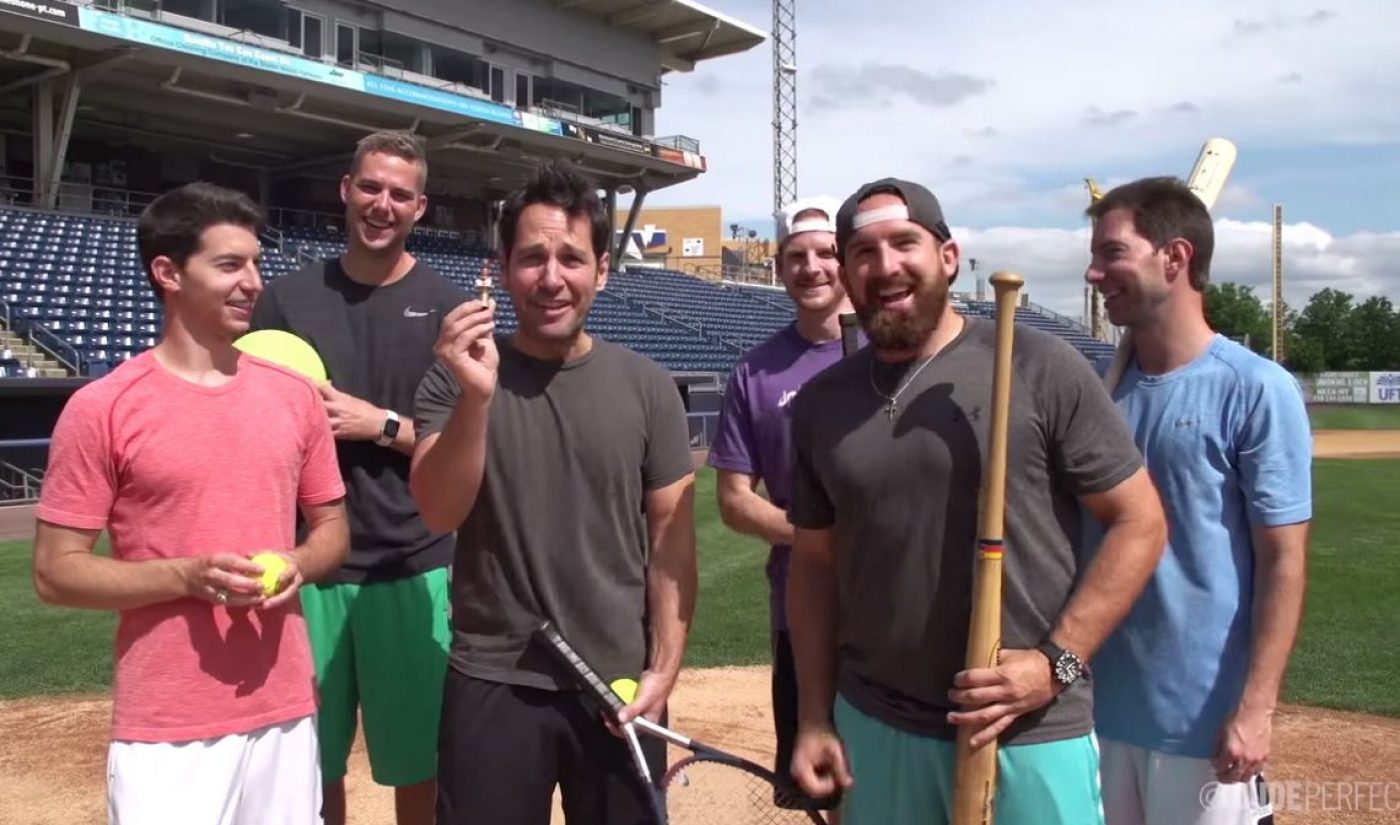 Dude Perfect has released a new video proving bigger isn’t always better. The sports-based YouTube supergroup partnered with Marvel and actor Paul Rudd to promote the upcoming film Ant-Man with a dizzying competition (literally) that awarded its winner the smallest trophy around.

In the collaboration video, the guys from Dude Perfect, who boast over 6 million subscribers on their channel, square off against each other and Rudd in round two of the Dizzy Sports Battle series. Each contestant spins face-down around a baseball bat for up to 15 seconds before attempting to hit a tennis ball, kickball, baseball, and hockey puck as far as they can. The champion’s final reward is a mini trophy made up of tiny versions of the sports items used in the battle.

What follows is a comical series of utter sports fails, with Dude Perfect and Rudd falling over from dizziness and often failing to make contact with the balls all together. Rudd manages to make it to the last round before getting dethroned by Dude Perfect’s Cory Cotton and Ty Toney, who square off to win the honor of victor and the ant-sized trophy.

The Dude Perfect gang is part of the Whistle Sports YouTube multi-channel network, which is dedicated to content based on sports and athletics. Whistle approached Disney (Marvel’s parent company) several months ago with the idea of having Dude Perfect, whose motto is “Go Big!”, team up with Rudd for the Marvel-based promotional video. Whistle currently reaches 50 million viewers and closed a Series B round of $28 million in January 2015.