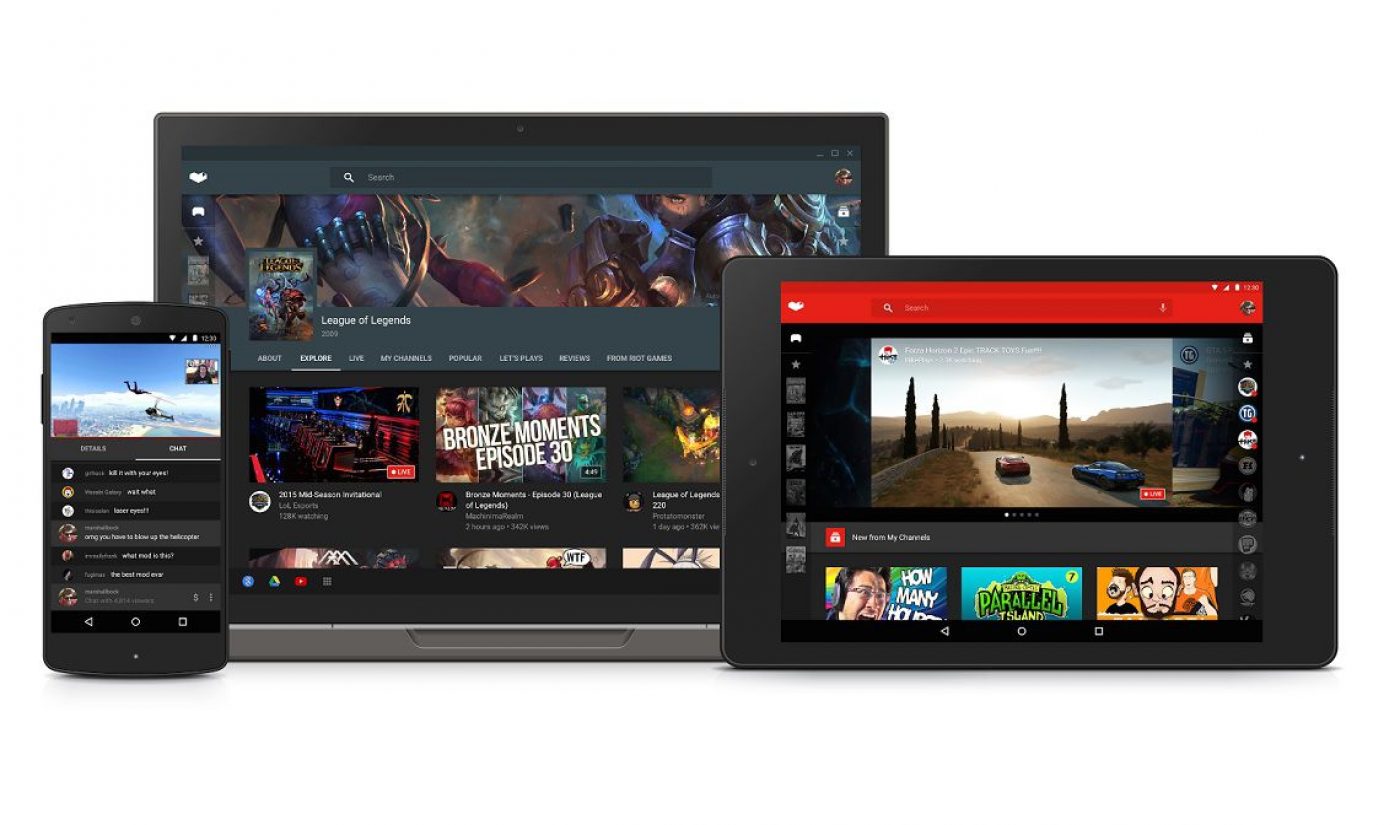 YouTube Gaming will host separate pages for over 25,000 game titles where the top videos for those titles will be shown. YouTube content creators and game developers will also have their own channels. YouTube Gaming users will be able to subscribe to the channels of their choice in order to stay up-to-date on their favorite games and receive notifications when a creator begins a live stream for those games on YouTube.

YouTube Gaming will put large emphasis on live streaming (possibly to start competing with Amazon-owned game streaming platform Twitch). Live streams will be featured on the homepage of YouTube Gaming, and the site will start introducing features such as a single live streaming link (for easier sharing) and an improved system design (so that gamers no longer have to schedule a stream ahead of time). These updates will join YouTube’s previous live streaming perks, such as the introduction of 60 FPS frame rate and the ability to automatically convert streams into saved videos.

Attendees at this year’s E3 will be able to see live demonstrations of the new YouTube Gaming app and website from June 16-18, 2015, at YouTube’s official booth on the main floor of the Los Angeles Convention Center. Google’s online video site will also be covering the whole of E3 and live streaming it for viewers across the world.

Gaming is routinely one of the most popular topics on YouTube, so it’s not surprising Google decided to create a separate destination for related content. For example, Minecraft videos alone generated over 47 billion total views as of November 2014 (and that number has only gone up since then). Plus, gamers on YouTube actually impact developer decisions for games like Call of Duty.

You can visit gaming.youtube.com or follow @YouTubeGaming on Twitter to know when the site and app will be officially ready for all users. YouTube stated the new initiative will be ready in the U.S. and UK sometime in the summer of 2015.