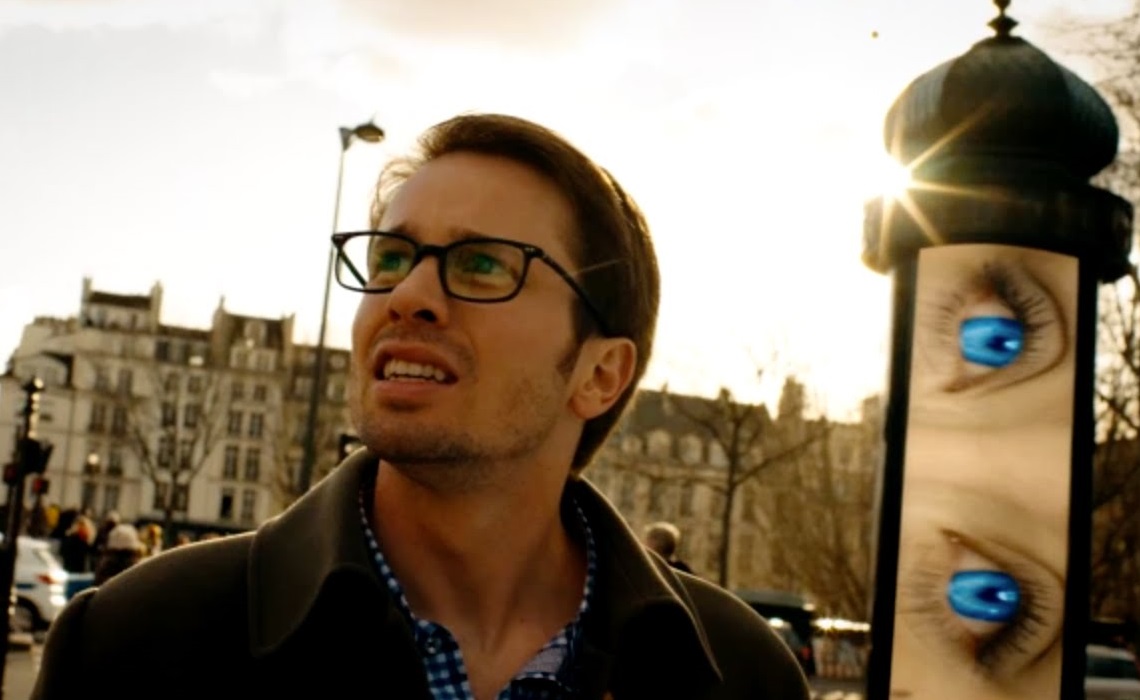 Produced by Sander/Moses Productions & SLAM, French Kiss stars Tyler Ritter as Ethan, a workaholic American in Paris for a speaking engagement at a tech conference. While Ethan focuses only on preparing his speech, a mysterious, maybe-imaginary woman named Margaux (played by French model and actress Margot Luciarte) has other plans. Margaux steals Ethan’s laptop, and convinces him to follow a string of clues throughout the city to discover its magic and adventure. In the end, Ethan finds out wheter Margaux is real, and is reminded that travel time shouldn’t be wasted on work.

David Beebe, Vice President of Creative and Content Marketing at Marriott International, said in a release French Kiss is about more than just a business traveler in Paris. “When you delve deeper into the film, you discover the characters are taking you through a brilliant travel story as they navigate through the streets of the city through magical realism that can only happen in Paris,” Beebe explained. “French Kiss was developed to entertain audiences through original storytelling where the brand and hotel play a character – ultimately inspiring viewers to travel.”

“To work on French Kiss was an adventure in and of itself, being set in the beautiful city of Paris,” added Ritter. “Playing Ethan Holloway was an incredible learning experience as the character’s beliefs are constantly challenged by his surroundings, and I believe his journey to be particularly inspiring.”

Marriott announced French Kiss back in April, and released the official trailer on April 28. In addition to the film’s official release on YouTube, the final version of French Kiss will be shown at a gala and screening at the Marina del Rey Marriott in Los Angeles the evening of May 19. The short will also be available on Marriott.com, in select theaters, in the hotel chain’s in-room entertainment options, and for Marriott’s Rewards members.

French Kiss joins Marriott’s slate of original short films, which started with the release of Two Bellmen on March 10. The action-packed movie tells the story of two Marriott bellmen who uncover an upcoming art heist and must do whatever they can to stop it from happening. Two Bellmen was created in conjunction with activity and stunt-based organization Substance Over Hype.

You can watch French Kiss on Marriott’s YouTube channel, and you can visit frenchkissfilm.com for more information.